A Most Lamentable Affair

Perhaps others more familiar with this unit have heard of this incident, but I had not until I found this newspaper account, so I thought I would share it here as I found it to be an interesting incident.

In late April of 1864, the men of the 31st Illinois infantry gathered at Carbondale, Illinois, preparing to return to the field after enjoying their well-earned furloughs.

Local citizens planned a celebration for them, but unpredictable spring weather changed plans from a big reception to a nice meal and ball, which the soldiers still most certainly enjoyed.

The 31st achieved a distinguished Civil War service record, both before and after this gathering.

The website Little Egypt in the Civil War called this regiment “one of the greatest in the Union,” and also provided the below image of John Logan. 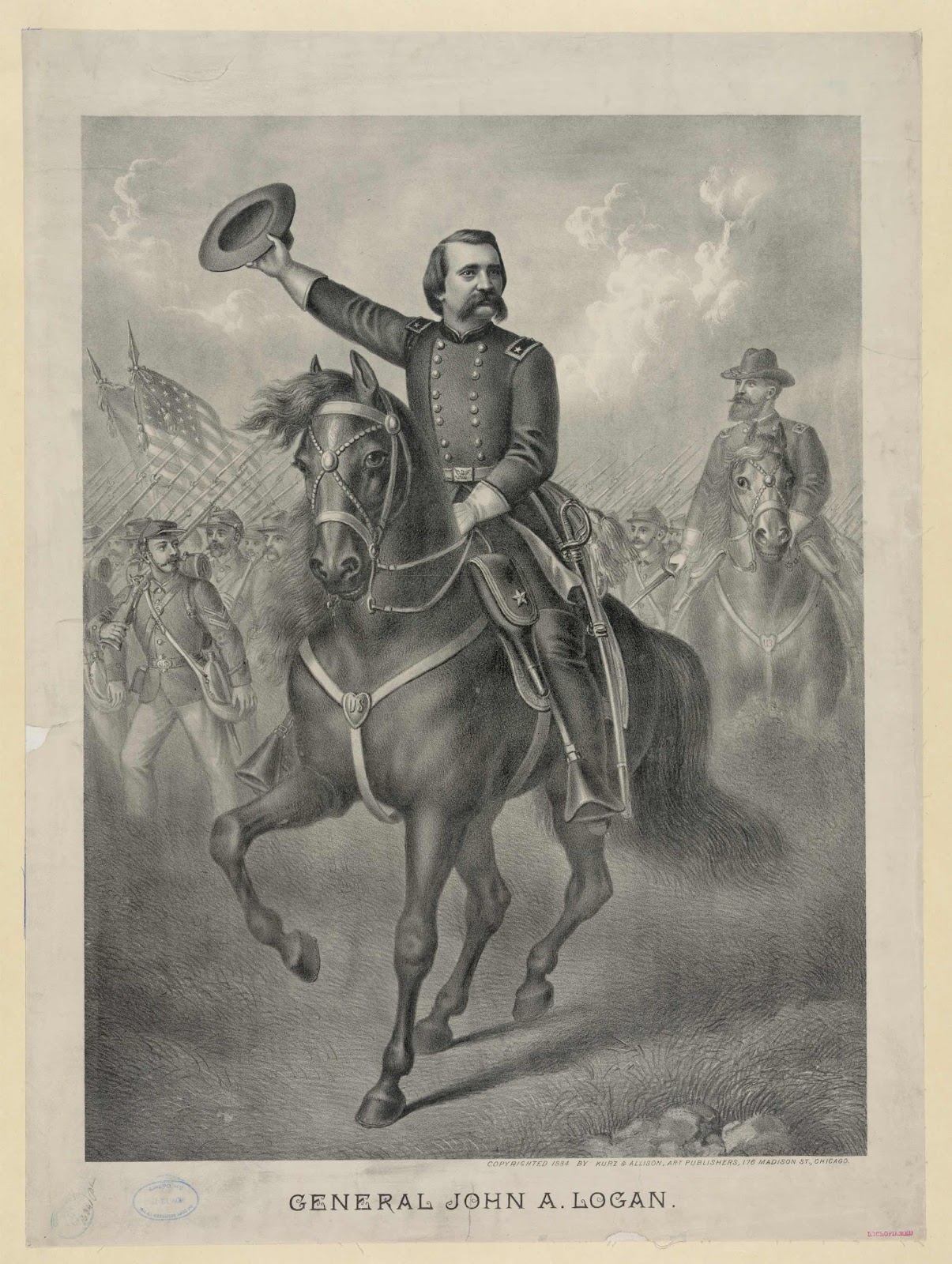 Originally organized by John “Black Jack” Logan, the unit changed leaders, but remained an active fighting force. Throughout the war, it fought in battles and campaigns including (but not limited to) Belmont, Fort Henry, Fort Donelson, the Siege of Vicksburg, the Atlanta Campaign, the March to the Sea and the Carolinas Campaign, including Bentonville. It participated in the Grand Review of the Armies in Washington D.C. before heading back west, where it mustered out July 19, 1865 and was then discharged in Springfield, Illinois on July 31.

On the day of their meeting in Carbondale, festivities continued despite the poor weather that spring day.

A(ndrew) J. Kuykendall, the popular former Major of the unit, and a future Congressman, gave a speech that the men enjoyed, and soon an incoming train brought in Adjutant General Allen C. Fuller.  Fuller, described as an “eloquent speaker,” was “pressed into service” to give another speech. Rain continued to pour down, but the soldiers attentively listed to the General’s talk.

Later that afternoon, however, a sad incident marred the day’s festivities. Here is how the May 2, 1864 Cincinnati Enquirer described it.  (The colonel’s actual name was Lindorf Ozburn, slightly different than how the writer spelled it in the story. His attacker was was William Weaver, as the final photo below the text shows.) 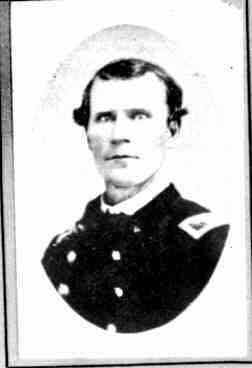 A most lamentable affair occurred in the afternoon, which threw a gloom over all and marred all the happiness of the day. Lindsey Osburn  Esq., who succeeded General Logan as Colonel of the thirty-first (Brigade, Illinois volunteers), came into town in the morning, but did not mingle much among the men of the regiment, with whom he was personally quite unpopular. About three o'clock, he was sitting in R.M. Morgan's store, conversing with Quartermaster Swarthscope and several citizens, when two soldiers entered; one of them, named Weaver, from Williamson County, a member of Company K, approached Colonel Osburn, and without addressing a word to any one, struck Osburn a severe blow with a weight upon the left side of his head, breaking the skull, inflicting a mortal wound. As he passed out of the door, Weaver remarked, "You can lie there." Those in the store were so taken by surprise that no effort was made to arrest Weaver, who succeeded in making his escape. At noon yesterday Colonel Osburn was still alive, but insensible, and pronounced to be beyond the possibility of recovery.

Weaver owed the Colonel an old grudge for punishment inflicted while the latter commanded the regiment, and with several others had sworn to take his life upon the first opportunity.

Weaver exhibited the utmost coolness and determination in the affair, and showed himself to be a scoundrel of great nerve and daring. It was a cowardly act, and we are sorry that Col. Cook (perhaps Edwin S McCook) did not use more prompt and energetic measures for the villain's arrest. No effort should be left untried for Weaver's apprehension - he is a dangerous character to be at large, and every man, be he soldier or civilian, is in duty bound to exert himself to bring the murderer to justice. Colonel Osburn was a native of Murphysboro, about 43 years of age, and leaves a large family. He was Orderly Sergeant in a company raised in Jackson county during the Mexican war, and when the 31st regiment of Illinois volunteers was organized he was appointed its Quartermaster - subsequently became its Colonel.

A photograph on waymarking.com shows a historical marker that confirms the killer’s name and fate. 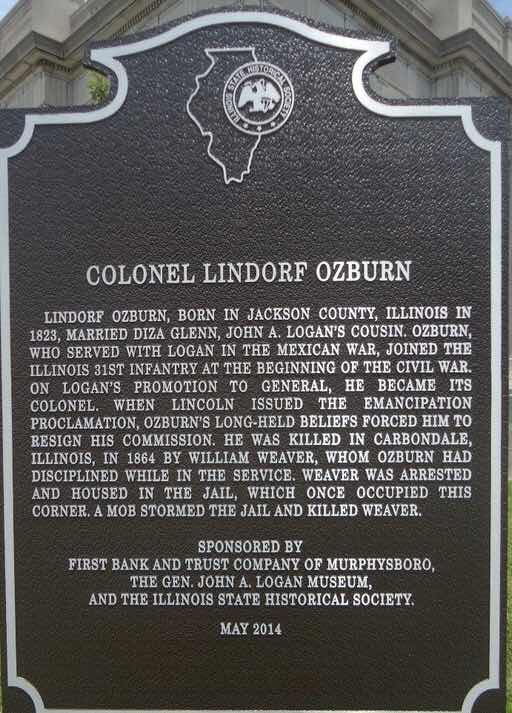