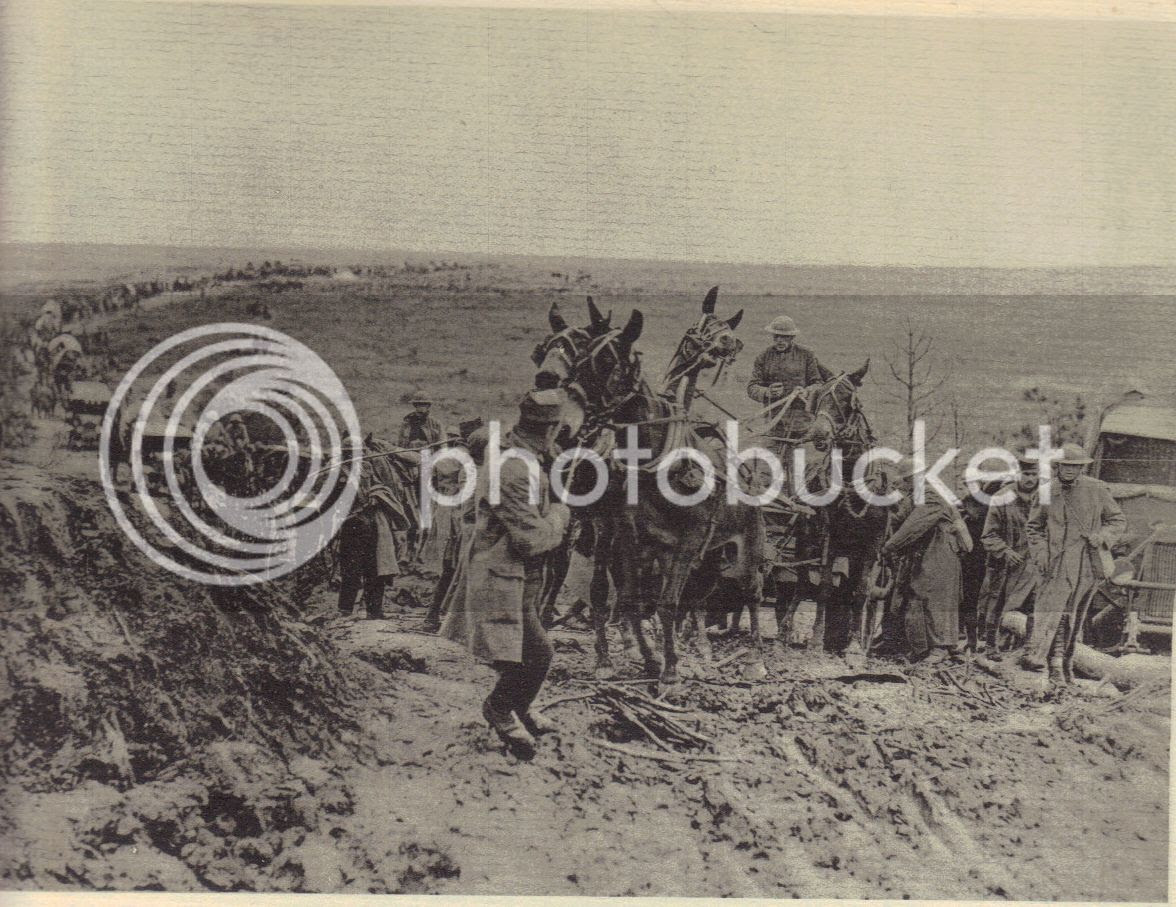 I found this image in a 1947 book called An Album of American Battle Art 1755-1918 by the Library of Congress It is a picture from World War I and its caption is: Plate No. 144 Capturing St. Mihiel Salient; A Stuck Ammunition Wagon Holds Up a Whole Column, September 13, 1918. Photograph by Sgt. J.A. Marshall

I post this because when reading about the Civil War, I often see descriptions of horses, wagons, cannon, etc. being stuck in the mud, and holding up a column of soldiers and equipment trying to move forward. When I saw this picture, it struck me as a great example of a picture being "worth a thousand words."

Of course, this photo shows details that would not have existed in the 1860s, but the situation is one that did occur and I thought this was a beautiful illustration of how one stuck team  could block an entire column of troops and equipment.

This link should take you to a larger version of this picture.