I recently reviewed Gray Ghost by Dr. James Ramage, but did not mention one brief but fascinating section it included.

On pages 329 and 330, the book describes Mosby's protestation against the sport of college football after a young man playing for the University of Virginia (which Mosby had attended) was killed in a game. Mosby wrote letters asking the school to stop participating in this brutal sport and Dr. Ramage contends: "To him this was a continuation of his lifetime conflict with bullies and bruisers" where bigger kids or men picked on smaller individuals, and this also symbolized his overall dislike of sports.

The above image is a Harper's Weekly illustration by Homer Winslow, from the July 15, 1865 issue. I thank the Front Line blog at CivilWarMonitor.com for printing it, which brought it to my attention
just as a I was working on this entry. It is not from the same period as the one in which Mosby complained about the game, but it does show a very violent version of the game, perhaps at least somewhat similar to what the Colonel witnessed 40 years later.

Dr. Ramage further writes: "He compared football to cock-fighting and charged that the teams were 'largely composed of professional mercenaries who are hired to advertise colleges. Gate money is the valuable consideration. There is no sentiment of Romance or Chivalry about them.'"

That final quote from Mosby remains somewhat appropriate today, especially if you substitute words like "television" for "gate" and "student" for "Romance or Chivalry" and perhaps more so in college basketball where the "one-and-done" rule does give the sport more of a mercenary feel.

Of course, I am a sports fan and really enjoy college football and basketball, but I can see some truth in his statements, even (or maybe especially) in today's era.  College sports are now a very large industry of their own, at least for many (or most) schools at the "division I" level.  The logo of the "Bowl Championship Series" posted below may be the ultimate example of that, with tens of millions of dollars at stake for schools and conferences.

The current epidemic of stories about teams changing conferences in order to maximize their revenues further illustrates that point. With the reported involvement of U.S. Senators, including Kentucky's Mitch McConnell, in the Big 12 Conference's decision about expanding its horizons, the business aspects of college sports are becoming even more obvious.

Ironically, one of Mosby's employers and friends, Theodore Roosevelt, helped change college football, offering advice which addressed some of Mosby's concerns about the sport's violence, and which may have helped the sport survive and thrive even a century later. 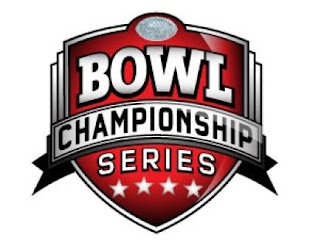