Report of the Battle of Camp Wild Cat

The Covington Journal of October 26, 1861 includes this story about the Battle of Camp Wild Cat in Laurel County, Kentucky. It is a reprint of an article from the October 23 Lexington Observer.

Information about Colonel, later Brigadier General, Theophilius T. Garrard. can be found at the enclosed link.

Here is also a brief biography on Confederate General Felix Zollicofer, leader of Confederate troops in the region.

Col. Garrard's loss was four killed and twenty-one wounded. The loss of the rebels could not be ascertained. Garrard's forces consisted of his own (KY) regiment, and 33d Indiana, under Col. Colburn, and a portion of Woodruff's Kentucky Cavalry. Zollicofer twice attacked Garrard's entrenched position and each time was repulsed, it is supposed with considerable loss. The messenger from Camp Wild Cat reached Camp Dick Robinson at 4 o'clock yesterday morning with news of the fight.


These re-enforcements were met by the first messenger who left Camp Wild Cat going at double-quick for the scene of the action.


The following is from the Commonwealth of the 23rd:

Battle in the Mountains
News came by the train from Lexington last evening that Garrard's and Zollicofer's forces had had a battle and Zollicofer had been twice repulsed when the messenger left. The news was brought by an Indiana soldier who was wounded in the arm when on picket duty. He said that when he left there was heavy firing of cannon and it was the belief that a general engagement was going on.


The following is from the Frankfort Yeoman Thursday October 24.

The latest intelligence we have from the mountains contradicts the report of an attack upon Camp Wild Cat. Our informant states that there has been several skirmishes, but no general engagement.
---

In this instance, the report from Frankfort was incorrect, as there had been a battle on the 21st, with Union forces maintaining control of the field. Combined casualties were fewer than one hundred.  Here is a report Colonel Garrard made to General George Thomas on October 25. 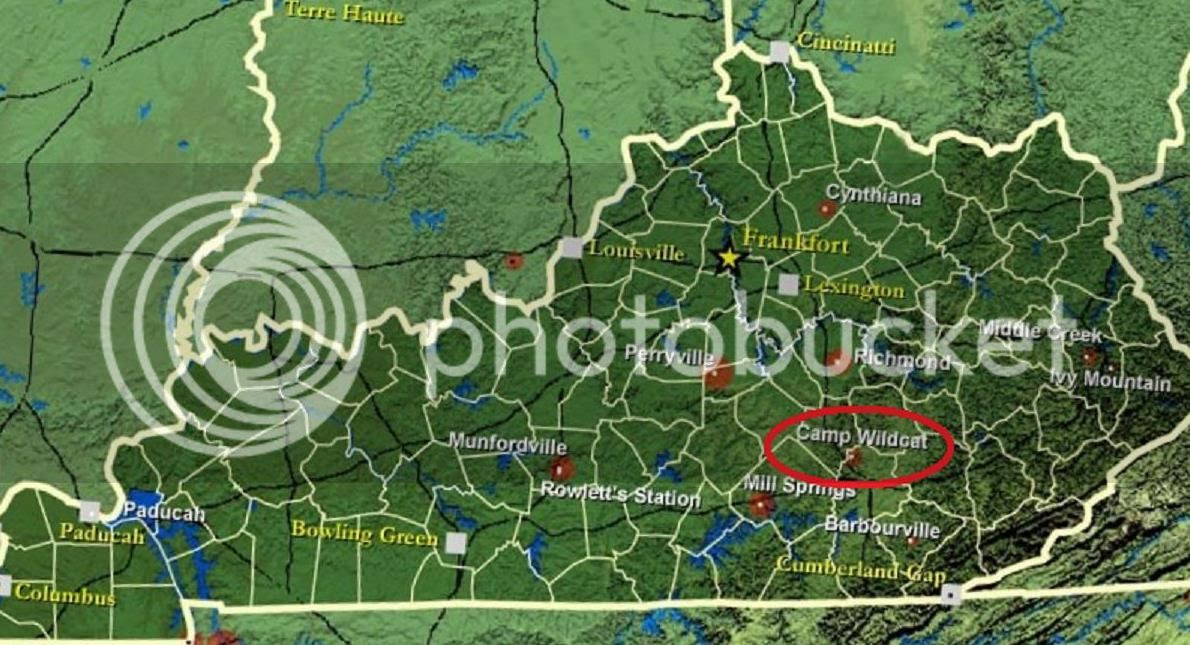