The Covington Journal of March 1, 1862 prints this brief commentary on a man who was just emerging on the national scene. This report certainly is in contrast to the laurels Grant had started to receive nationally after the victories at Forts Henry and Donelson

The Cincinnati Commercial assails Gen. U.S. Grant with considerable bitterness. It says he was "inexcusably absent" during a part of the fight at Donelson, during which time the Federal forces were being slaughtered.
--
Grant did spend time on the morning of February 14 discussing matters with naval officers and the Confederate attack did start off very effectively before Union forces held strong. Grant returned and ordered a counterattack that returned momentum to the forces under his command and in the next two days, Fort Donelson surrendered and Grant became known as "Unconditional Surrender" Grant thanks to the response to the Confederate request for terms.

This article shows that not all attention paid to the new national hero was in the form of praise. 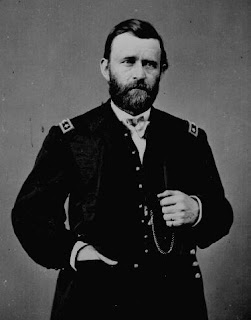