The Titanic and the Civil War 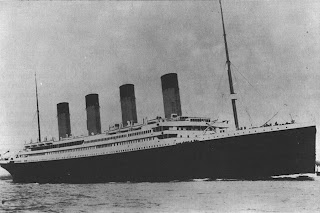 With the coverage of the centennial of the sinking of the Titanic, it has struck me that coverage and memory of that event may be similar to how we remember the Civil War, at least in terms of the fascination in trying to figure "why it happened" and the never-ending search for more clues.

With the war, many people believe slavery was the cause, but there are others who argue for "states' rights" "economics" or other theories. Further studies look at how new weapons and/or tactics added to the carnage of so many battles. With the Titanic disaster, the iceberg is the most popular explanation of the sinking,  but some focus on how the construction of the ship and maritime laws of the time (such as the number of lifeboats required to be on board) contributed to the sinking and the loss of so many lives. Perhaps less controversy surrounds the issues about this supposedly unsinkable ship, but the continuing attempts to find more evidence and detailed explanations of the tragedy strike me as being similar to how historians are looking for new or updated viewpoints on the war.

Captain Edward Smith's image may not be as iconic as Abraham Lincoln or Robert E Lee, but is much more recognizable than almost all other ship captains of the last century (perhaps John F Kennedy is one of the few more well-known, though that is due to his Presidency than this World War II service). His story is similar to Lincoln - he was on his retirement voyage, about to end a distinguished career, while Lincoln had just begun his second term and was witnessing the end of the war that had dominated his life for the last four years.

These situations are not exactly the same (even with the coincidence of the importance of the month of April to both)  and perhaps the same methods of study and memory apply to all famous historical events but as I watch coverage of the ill-fated boat, it seems to me that the attention still given to that disaster seems similar to the fascination many of us have about the Civil War -  examining photographs, records or interviews from people involved in the events and looking for (and preserving) artifacts that may shed more information on some aspect of each event. Even though they both happened so long ago, each continues to fascinate many people still today and whether they happened from fighting among people of the same nation or the failure of a technological wonder, the deaths of so many people will always be a large part of these sad stories. 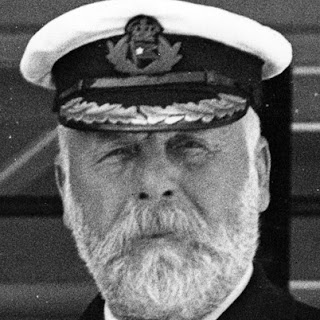