I have posted about the Cynthiana Battlefields Foundation previously, and though I have not written about it lately, I’m still involved with it and still hope this group can bring more awareness about the battles to people in the town and everywhere. My own experience has shown me that there is a need for such a group to create more attention and publicity for the battles of Cynthiana. I wish it had existed a couple of decades ago.


I still am no expert on the battles or town, but  my involvement with this group has educated me about these battles, through visits to the town, during which I saw many of the fighting spots, and by introducing me to Kentucky Rebel Town, a fine book about the town and the actual battles. I just finished reading it recently. My visits and this reading have helped both my understanding and my perception of these battles and the area where they occurred.


This is the first real “city” type of battlefield I have visited. I admit I am not the most well-travelled Civil War student. I visited Gettysburg and Antietam a couple of decades ago and my recent battlefield treks have all been to Perryville, though one regret is not making a trip to that beautiful land this year. These are mostly traditional types of battlefields, with an emphasis on fields, especially Perryville (though perhaps my memory of Gettysburg is not good, as I believe there was urban fighting there.)  I remember those battlefields as having so much open ground, fields of grass, hills, streams, and small patches of woods. The biggest obstacles on most of the fields were wood and stone fences and perhaps corn or wheat fields. Uneven ground and other natural terrain features added to the challenges the soldiers faced, but there were not as many man-made structures like the various buildings in Cynthiana. I know some fighting took place in the town of Perryville, but the vast majority was in the surrounding hills and fields.

Cynthiana gives me the opposite feel of  those “fields.” Some fighting here took place in fields, but much of it occurred in the actual town, with houses, buildings, streets, a bridge and railroad tracks in the way of the fighting. Soldiers used the railroad depot, the courthouse and other buildings for shelter, and their opponents resorted to burning many  buildings in the absence of artillery. It still was war, but a different kind. It just seems difficult for me to picture Civil War soldiers marching  up and down those city streets, going from building-to-building, while others fired shots out of windows or intentionally set fires to numerous buildings. Maybe this helps me understand better what some modern soldiers face in urban warfare today or maybe some of the TV shows that discuss modern warfare can help me understand this past type of fighting better as they show even re-enacted urban battles.

This sensation I get is different than what I sense at the Open Knob or the Slaughter Pen at Perryville or Devil’s Den at Gettysburg and the Sunken Road at Antietam. Cynthiana is an old town that just happened to be the site of two battles. I know the other places I mentioned “just happened” to be battle sites as well, but they feel to me almost like they are where battles are supposed to take place. This town does not strike me like that at all. This is a city, with people living there and modern businesses occupying buildings. The others are empty fields, not living  quarters. The town is for visiting, for living in, for a seat of government to exist in, not for a battle during a major war  - or so my gut continues to insist.

I realize that some of this is exaggeration, as there was fighting in fields around Cynthiana, especially during the 1864 fighting, and I have not seen all of  that land. (Most of it is private property.) That being said, the feel in the actual town is just different to me.  (I do understand there was also in-town fighting in many other places during the war, and that structures like Burnside’s Bridge or buildings in Fredericksburg influenced those battles, so I acknowledge that Cynthiana is not totally unique, except to my own limited experiences. This post is, however, about my own personal feelings.) as I write this, I begin to suspect it is the people and businesses in town compared to the vast emptiness of the fields that create this sensation.

Part of the purpose of this blog is to help me explore my understanding of the war and why it interests me so much. I understand this is not the most scholarly post ever, but it is helpful for me to think about this subject and put it my thoughts in a (hopefully) sensible order. I am trying not to keep rambling, but my apologies if this post is too long.

In addition to my perception of the area, I have done more soul-searching about my previous interest, or lack thereof, in these particular battles. I still am embarrassed that I had not realized the extent of the fighting only an hour away from where I live and had not explored - or even studied - it all before the last two years. Better late than never, I suppose - at least that is what I tell myself now. How many times in my past had I ridden down U.S. 27 to Lexington or to eastern Kentucky without realizing what I was bypassing? My family did stop and read the historical markers once or twice, and a few years ago we noticed the “John Hunt Morgan” bridge sign, which certainly got our attention, but I never realized that actual battles took place here or what the fighting was like. The battles of Cynthiana were not famous, and that apparently affected my interest in what happened there. Hopefully the foundation mentioned before can create enough attention and help others not make the mistakes I made. 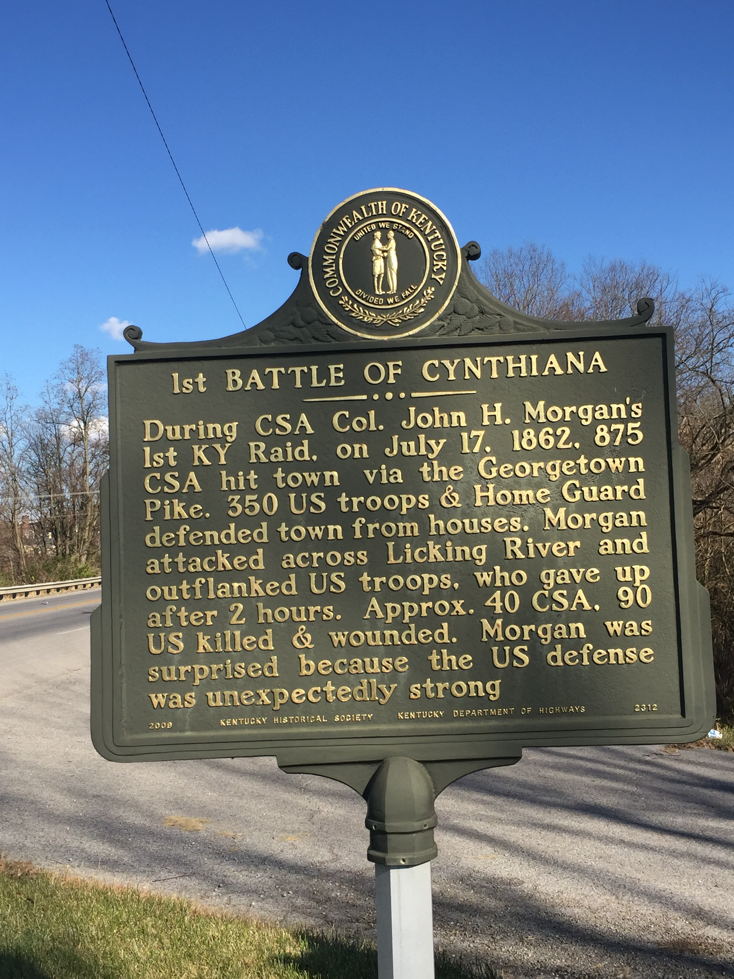 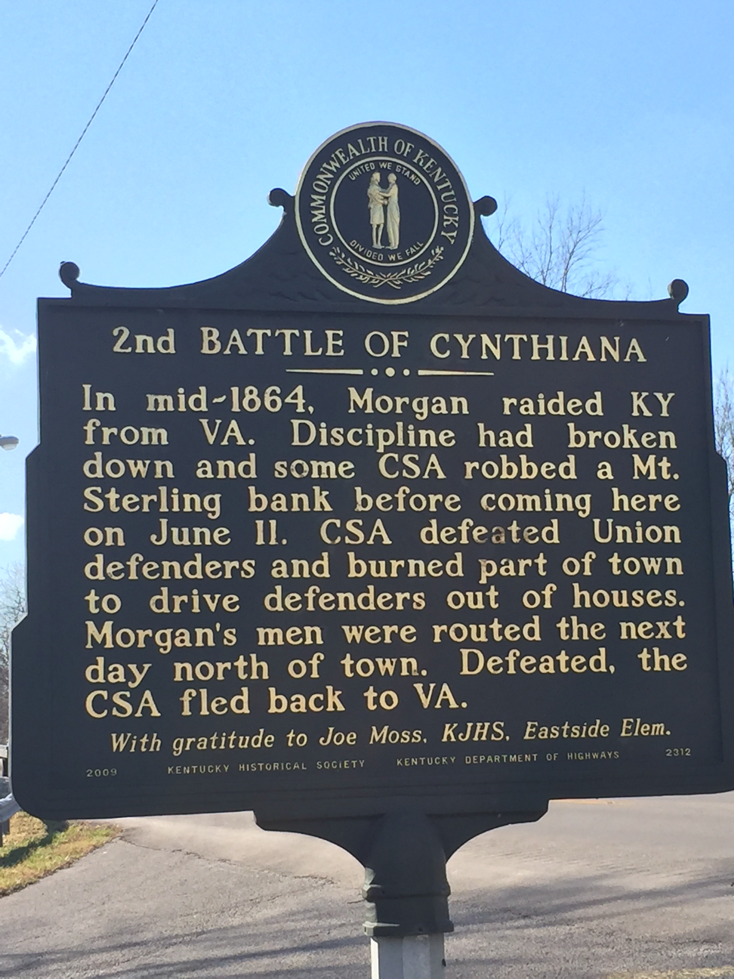 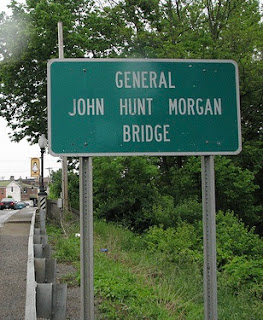 The extent of the Union defeat of Morgan’s men in 1864 was something else that had escaped my attention until recently as well. He is a very famous soldier, especially in this area, and here was the end of his final major raid, a pretty severe defeat that scattered his forces and hurt his reputation in Richmond. That is a big deal - not Appomattox or Vicksburg, but certainly not irrelevant. Why did I not realize this?

When I did first hear of these battles, I shrugged them off as being “minor” or “small” fights, with only a couple of thousand men involved and a fairly low number of casualties. I thought of them more as skirmishes than actual battles. No famous landmark or legendary action/charge existed or took place here and Morgan was the only soldier here of whom I had heard. This fighting seemed less important and interesting to me, and I did not try to visit the scene of the fighting or read more about the battles. Shame on me.

The fighting was not on grandiose scales, like the most famous battles of the war, but these were still men being killed and wounded, families being torn apart, property being damaged and destroyed. These soldiers all had stories, hopes and dreams, and sacrificed those to fight in this town, for whatever their personal motivations were. They had families and friends, some in or near the town. If the war was about slavery, that institution existed here; if it was about keeping the nation intact, political sentiments were bitterly divided here. This town reflected the nation as a whole in those regards, a “Rebel Town” in a Union State that “joined the Confederacy after the Civil War.”  The stories of these soldiers, the local population and the land all have importance like at more famous examples of battlefields. This is hallowed ground. THIS PLACE MATTERS. 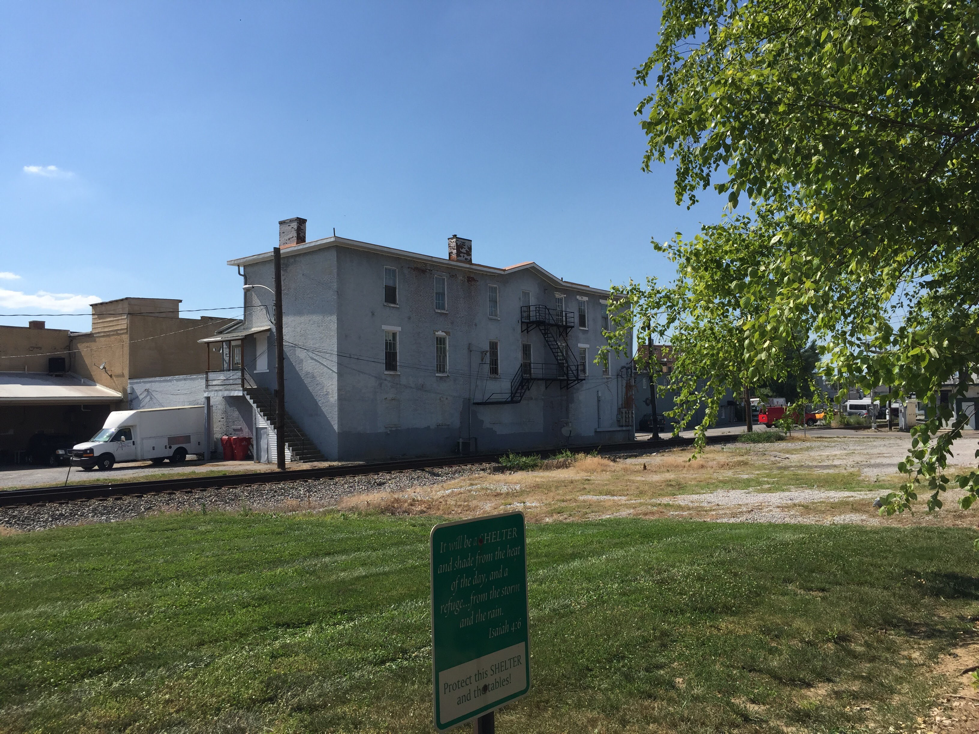 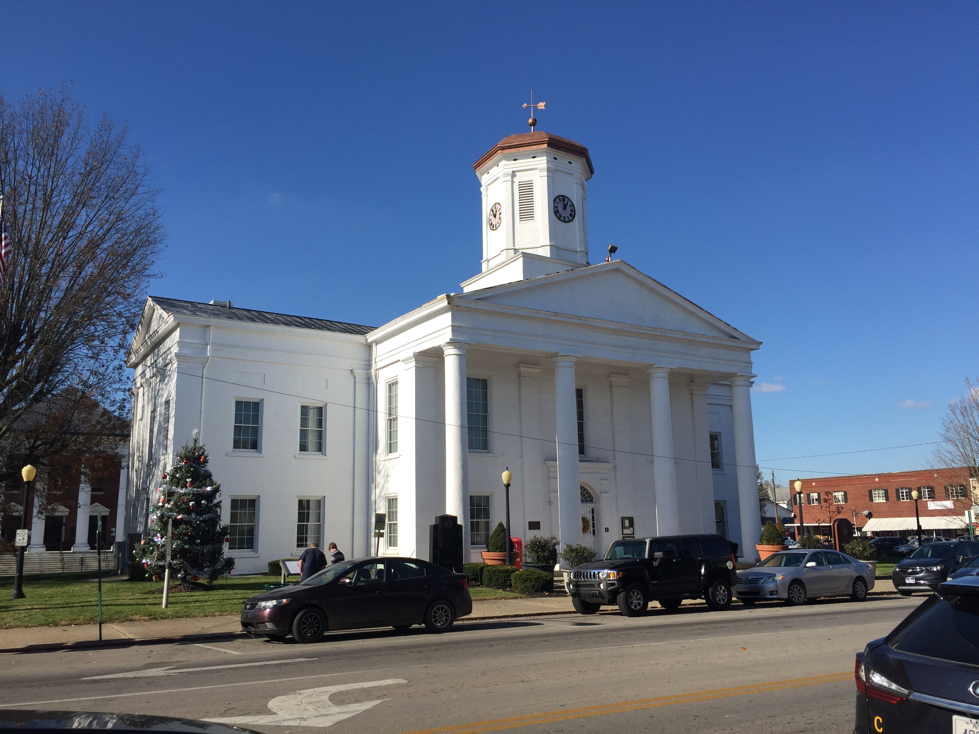 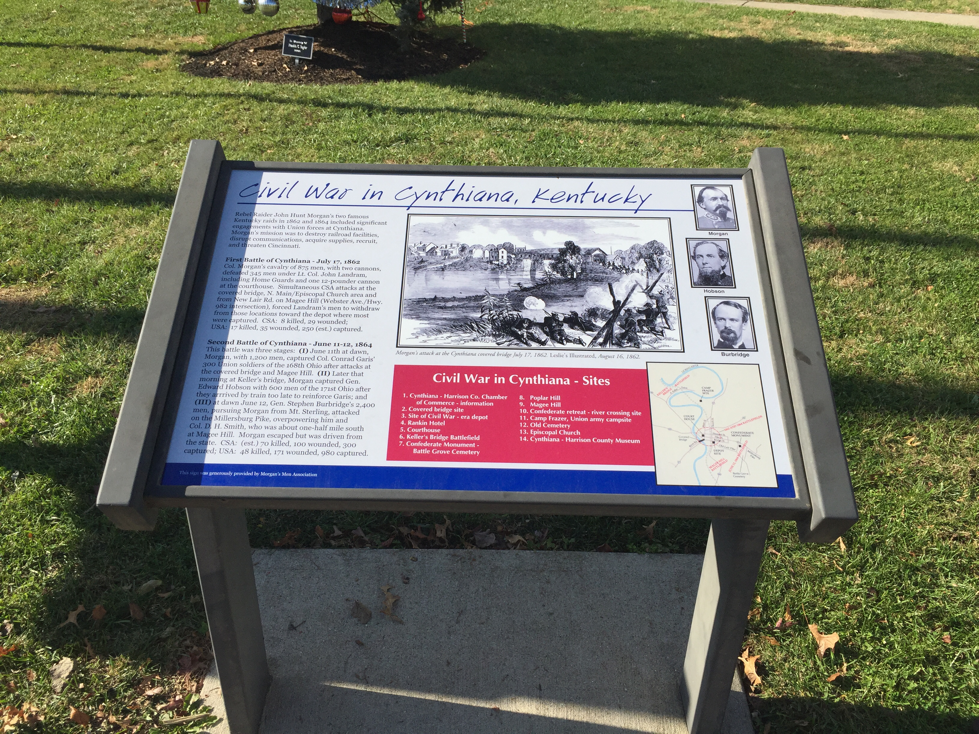 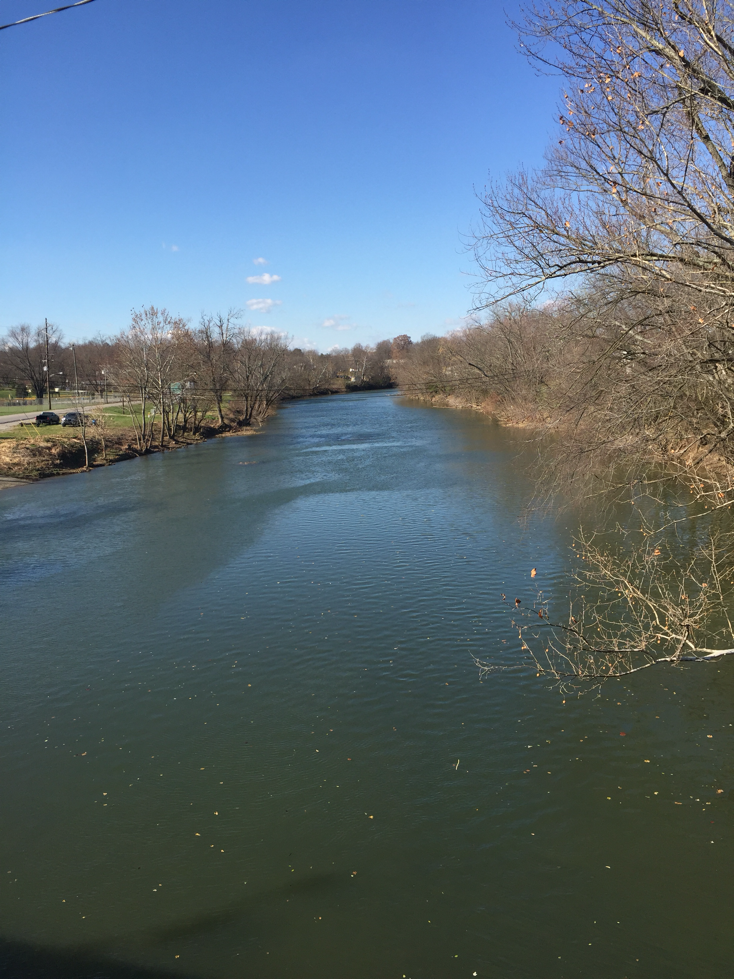 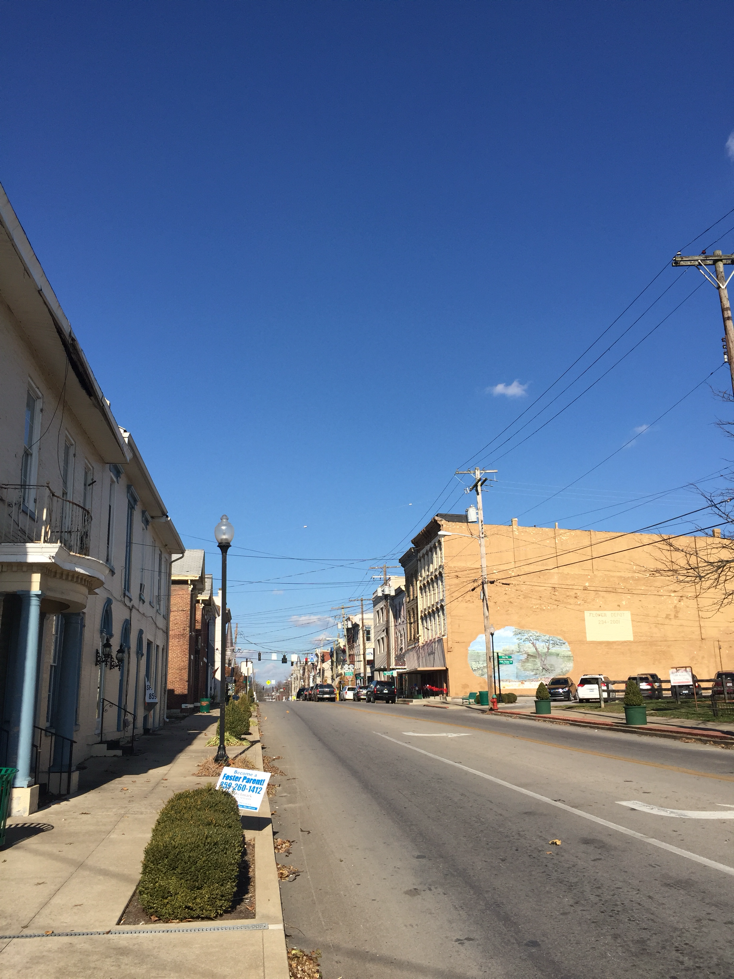 Looking north on Main Street
Cynthiana certainly feels more intimate than other battlefields, if that word makes sense. Maybe words like “compact” or just “urban” work better.  It just feels different to me than the wide open fields of grass and hills, yet much of what happened here was so similar. It was still fighting, two armies trying to kill, capture or wound their enemies. Here, burning buildings and fording or swimming across the river were more important than artillery or building earthworks. A Civil War battle without major cannon fire? Oh, what I did not know!

Seeing the railroad tracks that still run through town is another moment from these trips that has helped reshape my perspective of the fighting. One of the major topics of Civil War study is the advance of various technologies, including the use of railroads to transport troops to important areas. I certainly have read about Joseph Johnston moving Confederate troops before First Bull Run or the Union moving thousands of men to the western theater, but standing on the tracks at Keller’s Bridge, near where Union troops disembarked, soon to be fighting for their lives, or on the tracks in the actual town near the former site of the depot, made that more real to me, not just something I had read in a book. It’s not quite the same as holding a period rifle or artifact, but it’s close. Once again, visiting a battlefield can produce a better (or st least different) realization or visualization of the war than reading books or watching videos can. Standing on those railroad tracks is not so different than standing on a patch of grass or the slope of a hill. I just wish I had taken advantage of the proximity of this battlefield years ago. 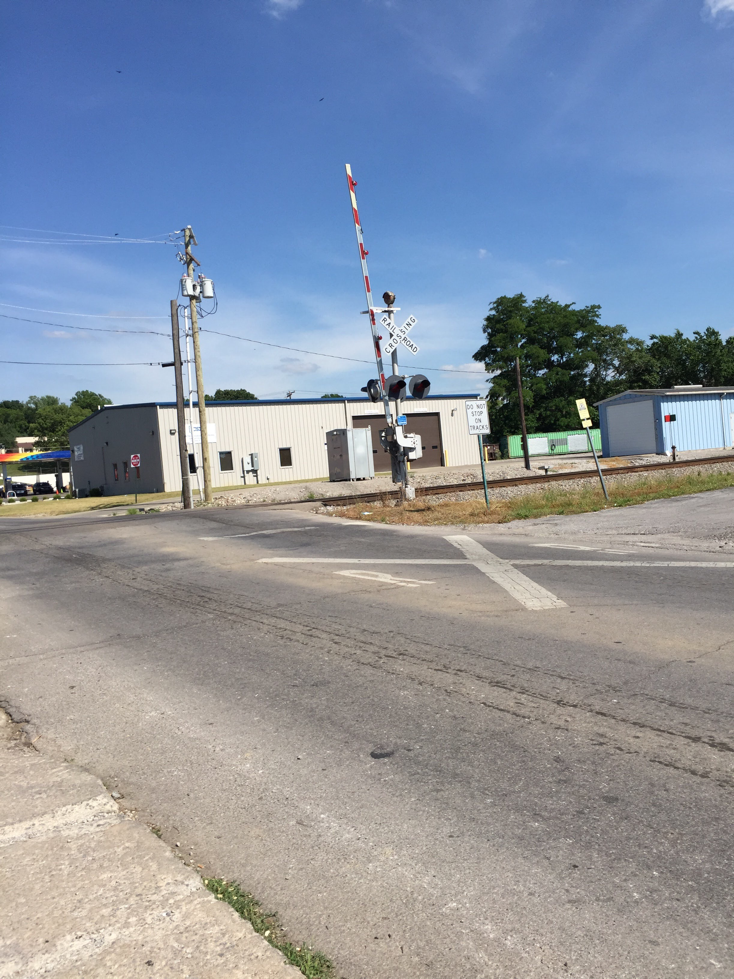 
I certainly will keep reading and studying more about the fighting in and near this town and am equally sure that more trips to the town and the area will be parts of my education. I do wonder if the feel of the battle area (perhaps I will use that term in place of “battlefield”) will change once it is not so new to me or when I have learned  more about it. Or will the urban nature of so much of the combat ensure that it will always have a different feel than the open pastures and meadows of the more traditional battlefields? I look forward to finding that answer.