A lot of small bureaucratic stuff happened daily during the Civil War. Here is an example from the Newport Barracks in Newport, Kentucky. This is a small piece of ephemera in my collection and I thought it was appropriate to look over it on the 155th anniversary of its creation. 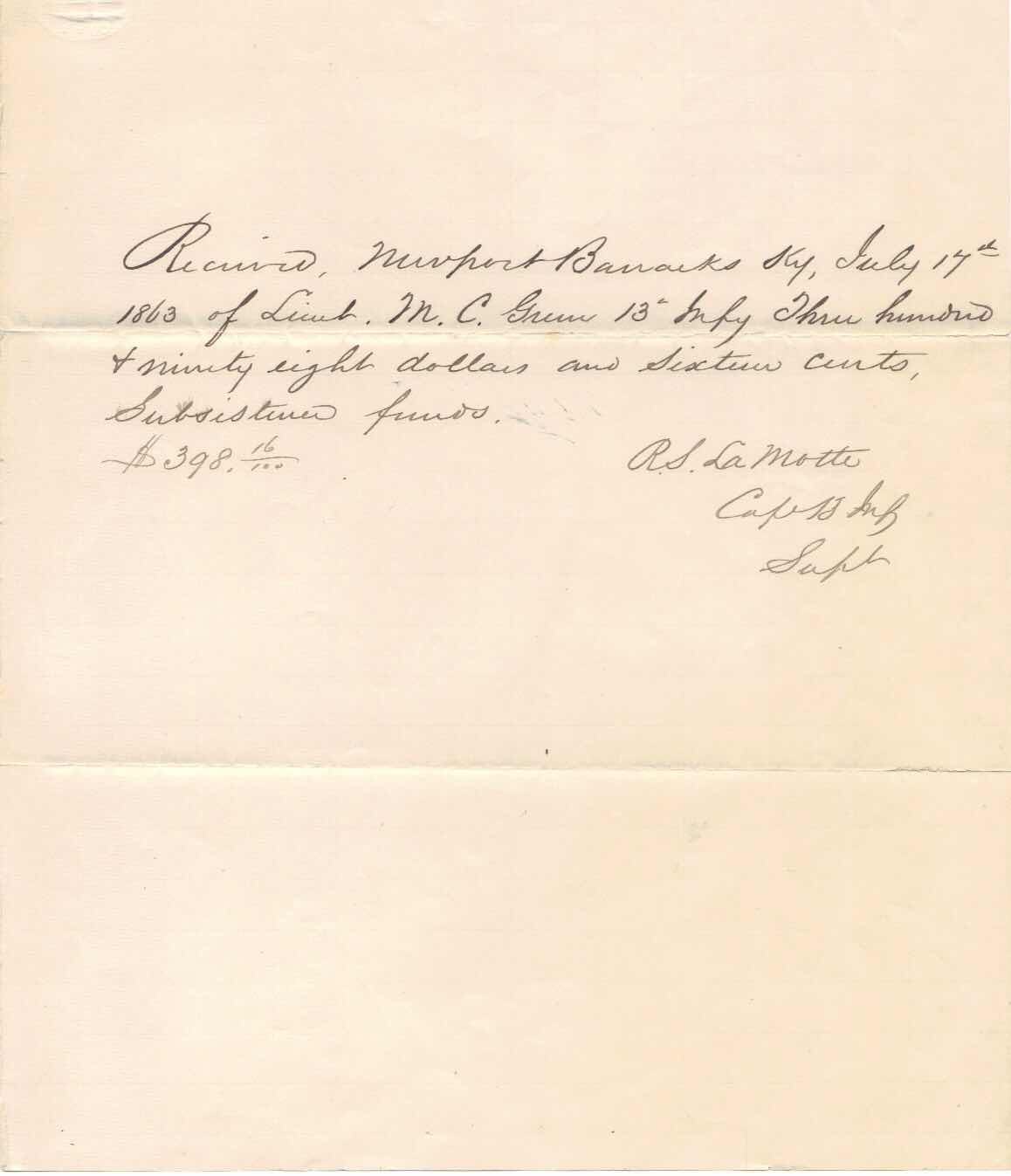 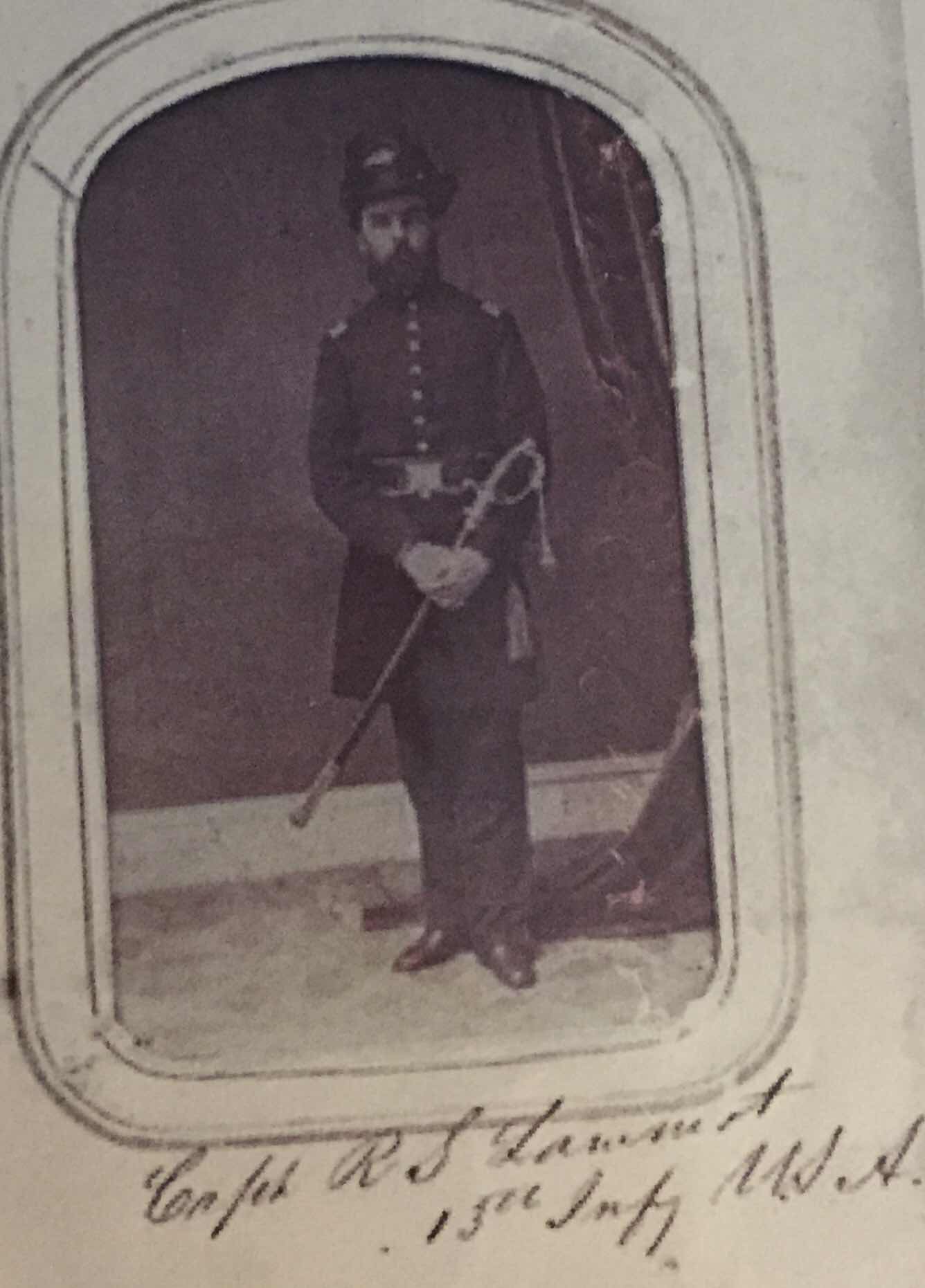 Civil War Union Army Officer. He was commissioned as Captain of Company A, 1st Delaware Volunteer Infantry on May 2, 1861. Two weeks later, on May 14, 1861, he was mustered out of the Volunteer service, and was commissioned as a Captain in the newly-raised 13th United States Regular Infantry, and served with the unit through the end of the Civil War, and in post war duty. Promoted to Major, he was transferred to the 12th United States Infantry in December 1868, then back to the 13th Infantry in March 1869. In June 1879 he was promoted to Lieutenant Colonel of the 12th Infantry, and to Colonel of the 13th Infantry in December 1886. He died on active duty at Fort Supply, Oklahoma in December 1888.

He also founded and was the first commanding officer at Fort Ellis in Bozeman, Montana.

I was not able to find anything on Lieutenant Green (assuming I am reading that correctly.) The Soldiers and Sailors site has changed, but not for the better from what I can tell. It seems rather inconvenient, but perhaps I just need to use it more.