1861 Article: How A Man Feels Under Fire

The Cincinnati Enquirer of October 3, 1861 caught my attention with this article and the perspective it gives. I do wonder if the soldier really was already on furlough or was actually AWOL and did not admit that.

How a Man Feels Under Fire

The Philadelphia American thus relates how a soldier feels during battle:

We yesterday stumbled upon a volunteer on furlough, who first smelt powder at Bull Run. During an hour’s chat with him, he gave us a very good general idea of the way in which a man feels when under an enemy’s gun. Our friend didn’t claim to be especially courageous. He placed due value upon the integrity of the American eagle, but enlisted mainly because he had no other employment at the time. He did camp duty faithfully, and endured the hardships of long marches without any special grumbling. That he dreaded to confront the enemy he freely admits. While willing at any time to kick a bigger man than himself under justifiable provocation, he disliked the idea of the sudden sensation imparted by a bayonet thrust in the abdomen, while only second to this way his horror of being cut down with a rifle-ball like an unsuspecting squirrel. When his regiment was drawn in line, he admits his teeth chattered and his knee-pans rattled like a pot-closet in a hurricane. Many of his comrades were similarly affected,  and some of them would have laid down had they dared to do so. When the first volley had been interchanged, our friend informs us every trace of these feelings passed away from him. A reaction took place, and he became almost savage from excitements. Balls whistled all about him, and a cannon shot in half a companion at his side. Another was struck by some explosion that spattered his brains over the clothes of our informant, but so far from intimidation, all these things nerved up his resolution. The hitherto quaking civilian in half an hour became a veteran. His record shows he bayoneted two of his enemies, and discharged eight rounds of his piece with as decisive an aim as though he had selected a turkey for his mark. Could the entire line of an army come at the same time into collision, he says there would be no running except after hopeless defeat. The men who played the runaway at Bull Run were men who had not participated in the action to any extent, and who became panic-stricken where, if once smelling powder in the manner above described, they would have been abundantly victorious. In the roar of musketry and the thundering discharge of artillery there is a music that banishes even innate cowardice. The sight of men struggling together, and the clash of sabers, the tramp of cavalry, the gore stained grass of the battle field, and the coming charge of the enemy dimly visible through the battle smoke - all these, says our intelligent informant, dispel every particle of fear, and the veriest coward in the ranks perhaps becomes the most tiger like. 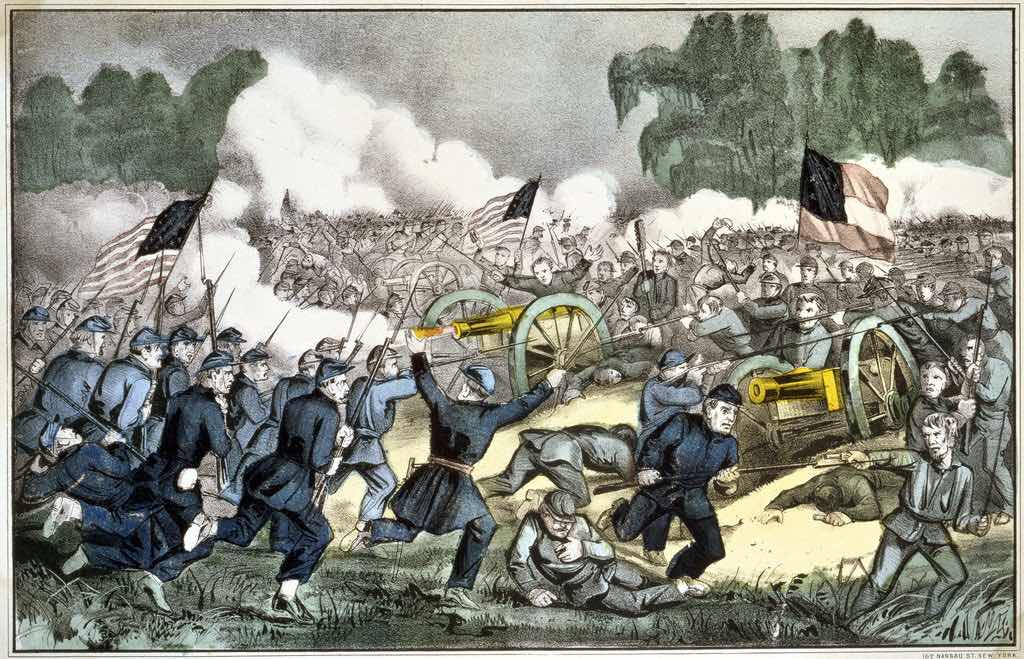