The Difficulties In Warsaw, KY: The Response of Colonel Charles Whittlesey

My previous post described an incident in Warsaw, Kentucky in late December 1861. Here is a follow-up on that story, from the Cincinnati Enquirer of January 1, 1862. It transcribes letters to and from Charles Whittlesey, a successful geologist, who also helped design the defenses of Cincinnati. (One of the defenses, Fort Whittlesey, was named in his honor.)

The Difficulties in Warsaw, KY - Correspondence on the Subject

Colonel Whittlesey:  The undersigned having been appointed a committee, by the loyal men of Warsaw, to confer with you in regard to the policy and all other appropriate matters that your mission here may appropriately demand of us, in regard to our town and county for the ostensible purpose of establishing peace and order among our people, and, if possible, to secure every citizen in his legal constitutional rights of life, liberty, and property, and the pursuit of happiness, which has been so wantonly jeopardized and seriously endangered by the unholy rebellion and war against the most benign and free government in the world, and to further aid and assist you in this laudable and patriotic purpose.

We respectfully tender you our humble services, and would further state to your honor that the meeting we have the honor to represent, was of the opinion, from the evidence they had before them from reliable gentlemen, that the town of Warsaw and surrounding county was in imminent peril, and that they are fearful that your present force are insufficient, however brave and patriotic they may be, to accomplish those very desirable ends, from the fact that you are surrounded by four or five counties which has largely the preponderance in strength and numbers on the Secession side. However, we merely make these suggestions for your very favorable consideration. We would suggest the propriety of your making known, by proclamation or otherwise, if it be not inconsistent with your duty and the public service, the aims and objects of  your command here.

All of which, we, the committee, in the bonds of the Union and the enforcement of the Constitution and the laws, submit to your honor.

Gentlemen - your note of yesterday confirms the reports which came to General Wade, at Cincinnati, in regard to the dangers surrounding the loyal citizens in Gallatin County, and in consequence of which I was sent here. My orders are to protect you not only from violence, but from the fear of it, as against persons who threaten you on account of your adhesion to the Government of the United States.

If I comprehend the true state of affairs, this Government, while it exists, is and must be supreme, and its mission is to secure peace and protection to all true men. But I cannot see how persons who are engaged, directly or indirectly, in destroying its authority, are entitled of right to its protection, particularly as they have during this rebellion been guilty of so many and so cruel outrages upon law abiding citizens."

"My attention, so long as I remain in command, and have no orders to the contrary, will be turned to those who are or have been engaged in this conspiracy, who convey information to the enemy, or aid and assist  him, or who put peaceable and loyal men in fear for their persons or property. I feel warranted in dealing with them in a summary way."

"A man may honestly entertain Secession sentiments, and so long as he is not dangerous and takes no active measures against us, gives no aid or information to those who are endeavoring to overthrow the Union, he will not only not be molested, but protected."

"As I intend to keep clear of all merely private feuds, I will state that the arrests already made would have taken place without the occurrence of the affair of Tuesday evening."

I hope I may have your cordial confidence and support in this business, and in return I will do all in my power to render you free from apprehension as well as from danger. 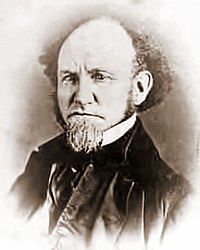