Battery Hooper Days – around the corner 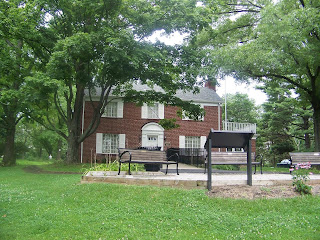 Less than one week until Battery Hooper Days starts, at the James A Ramage Civil War Museum in Fort Wright KY and I must admit I'm a bit nervous about it. I'm serving as the Board of Director's Vice-President this year and have been on the event committee. I think we've got it ready to go, but I still wonder if there is something we're missing. We've got the acts lined up, we've done the marketing, we've figured out how to feed the volunteers and how to arrange the various acts and entertainers, but I'm just a bit nervous about pulling this off. This is the most I've been involved with our largest event and I sure hope it goes well.

One thing we cannot control is the road construction along Highland Avenue. Hopefully that does not cause too much trouble.

The event itself should be nice. This year we have a new band, Ruckus, a local group that plays a lot of cover songs. People who have heard them were very impressed, so we decided to go with them on Saturday from 3:00 to 5:00 instead of the Bluegrass music we had provided in the past. This should be a positive change and add a different atmosphere to the event.

We will still have plenty of family-friendly activities too. We will use one of the picnic shelters for face-painting and games for children, including prizes for a few contests. I hope they enjoy that, but I know the Shamrock Farms Petting Zoo will be popular. They will be there on both days from 2:00 – 4:00 and always have an interesting assortment of cute animals to watch and to pet. Kids, and even adults, really enjoy them.

A couple of local authors, Don Tolzmann, promoting his work about the Roebling Suspension Bridge and Todd Coleman, promoting his soon-to-be-published book of Civil War Poetry. (I've seen his manuscript and really enjoyed what I saw. He hoped to have the book out for this event, but it should be published in early or mid-September).

That, of course, leaves the Civil War activities. President Abraham Lincoln will grace us with his presence (or at least that of Stan Wertz, impersonating Mr. Lincoln) on both days again. He is very impressive, in looks and his talks, and it's great to have him around in this bicentennial celebration of his birth.

General Lew Wallace will be back, in the person of Bernie O'Bryan, here in the land he helped defend against Confederate invasion. What a remarkable life he led, from his political experiences, to the military adventures, to his writing success, including the legendary novel Ben-Hur, one of the greatest selling fiction books of all-time. He is a fascinating speaker.

At least 3 dozen re-enactors will be on hand as well, setting up a Civil War encampment, allowing visitors to walk through it and see what camp life was about. The re-enactors do a great job of interacting with the public in a friendly way while educating them on a soldier's life and what camp was like. We'll also have some basic marching and other drills take place as well.

What I think is the neatest thing of all is the firing of the cannon. Even though they use only 1/3 of a charge of powder, the noise is awesome, especially as it echoes across the Licking River Valley. It is amazing to hear, and to try to fathom what the sounds of actual battle must have been like. The smoke lingering in the air adds to the atmosphere as well.

I sure hope we get good weather and the event goes off without a hitch. It is the museum's biggest event of the year and it is important for us to pull this off as smoothly as possible. I'll keep my fingers crossed and will keep doing whatever I need to in order to help make the 5th edition of Battery Hooper Days successful 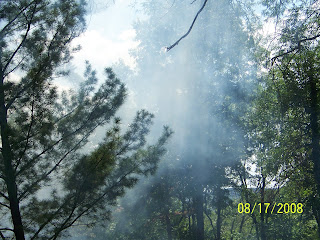