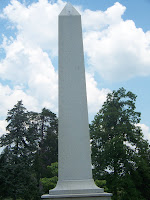 The Confederate Monument and graveyard 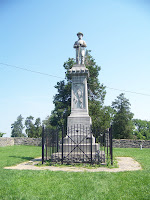 The location of Union Captain Peter Simonson's battery on Loomis' Heights, as this unit battled the Confederates 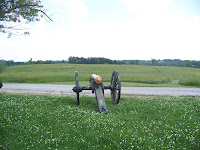 Union and Confederate artillery dueled over this field before the Confederate infantry attacked. This view is from the Union position. In the second photo, a modern water tower looms over this historic land. 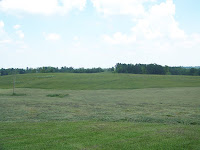 Late in the day, fighting approached Dix Crossroads, but Union reinforcements held off the Confederate attack. The second picture below shows where Union supply wagons were parked - had the Confederates reach these cross roads, these wagons would have been in grave danger. 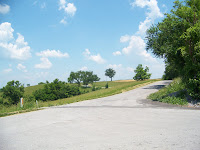 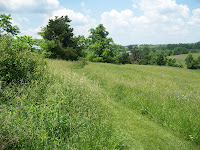 Here is a view of Merchant's Row - building that existed during the battle, in the town 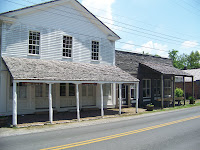 The below image is of the Chaplin River, taken from the town., Did this body of water cause this battle to take place here? 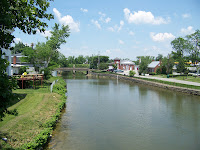 On my tour of the battlefield, I came across this small pool of water, which would have been a valuable find to the soldiers during that hot day in October 1862. 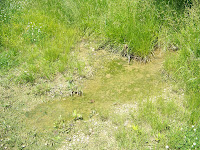 Here's a view I like of a cannon sitting on Starkweather's Hill. 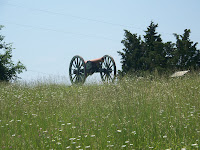 Finally, the Crawford house, which served as Bragg's headquarters, is difficult to see in person, much less to photograph. 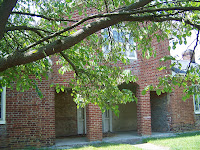