Here is a summary of the Battle of Mill Spring of January 19, 1862 in southern Kentucky


The Noble Ellis was at Gainsboro; three ineffectual attempts had been made to take her up the river to where our army was. Finally Capt. Spiller was ordered to bring the boat; it was executed. Before the fight, he asked permission to lead his company; but Gen. Zollicoffer ordered him to remain at the river, in charge of operations there. The battle was fought, and our army driven back to the river, where a successful and skilful crossing alone could have saved it from utter ruin. Spiller was the man for the post - the world could not have furnished a better.


The crossing began at three o'clock P.M. One of the enemy's batteries opened on the boat, and the fire was incessant until dark. The steamer was run all night. At four o'clock in the morning, when two thousand five hundred men were yet to cross, the captain and pilot left. It was understood that the engineer would leave her the next trip, and Spiller sent for Dick Fields, then one of his cavalry company, but formerly an engineer on one of his Tennessee river boats. Spiller knew Dick - together they had braved danger before that on the water. Sure enough, the engineer and deck-hands quit the boat, Dick took his place, and the boat was manned from the company. At daylight the work was done, and the last man was over.


During the night the enemy had placed a Parrott gun in position, and at the earliest dawn the firing began. The first shell fell short but a few yards; the third passed through the chimney, and exploded over the wheel, scattering its fragments in every direction. Now that the troops were over, and all the horses that could be saved were saved, the torch was applied to the Noble Ellis. Spiller's company were near by; they had bee ordered to fall back out of range of the enemy's fire, but they would not; their captain, whom the loved, was at his post, and they would not leave him. As the flames spread over the boat, and told that the army had crossed, and that all chance of pursuit were gone, the gallant Spiller, at the head of his troops, moved away to aid the retreating forces. But three of his men left him. 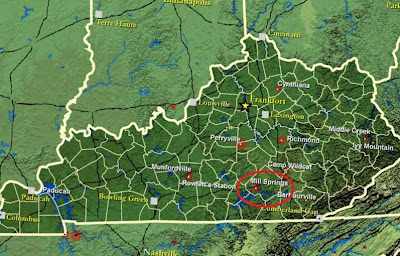