Lincoln Statue in Cincinnati to be moved?

No, this does not have anything to do with the controversy over Confederate monuments. This story is a couple of months old and I missed it when it first came out. I guess I will have to try to pay more attention to local news now. :)

The possibility of moving the Lincoln statue from one end of the park to the other is real, but no final decision about that has been made.
A park superintendent said Tuesday there would be a public hearing scheduled to get input from the community before any conclusion is reached.

I do not see any more recent updates.
This statue has an interesting history, including quite a bit of controversy. I will post a story about it soon. 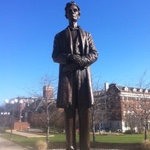 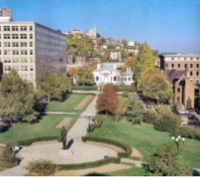 The statue was dedicated in 1917, so perhaps an opportunity for a re-dedication on its centennial will present itself to the city. That might be nice.