Earlier this month, I took a tour of the local town of Cynthiana and some of the sites involved in the 1864 Civil War fighting which took place in the area.

Thank you to  Darryl Smith for leading the tour for the Cynthiana Battlefields Foundation (CBF.)  I enjoy his tours at Perryville and thought he did a fine job yesterday. This is a much different situation than at a state historic site or park and requires a different style of tour.

One reason I joined the CBF was to learn more about the events in Cynthiana, and history his tour helped greatly with that goal. I still have much to learn, but have started in the right direction, at least regarding the 1864 battles. It is generally considered one battle, but consisted of three fights and some people call it three battles even though the "official name" seems to be the "Second Battle of .Cynthiana." We explored each site  and it was very enjoyable.

I will, of course, need to make more visits and do more reading on this fighting, as well as on the 1863 battle, but I thought I gained a lot of good perspective about this fighting and certainly improved my knowledge of it. It was a wonderful tour that I am glad I took and they I gladly recommend. There will be a tour of the 1862 battle on July 15. I hope to be there.

Below is a link to all the pictures I took during the tour and the memorial service.


After the tour, we held a brief memorial service st the Confederate Monument in Battle Grove Cemetery, including lighting luminaries at each Confederate gravestone. 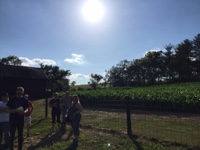 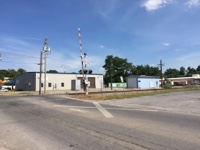 Where railroad depot was in 1864 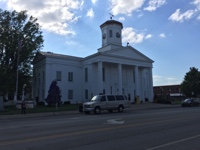 Courthouse - some Union troops hid in it 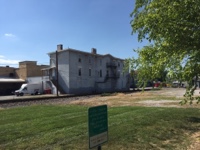 New Rankin House hotel - was under construction in 1864

The covered bridge was behind this now wooded area 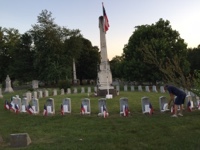 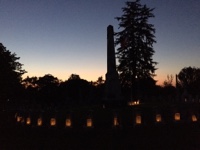