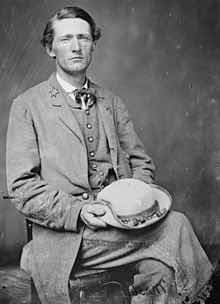 As the 2019 college football starts, I have noticed a lot of talk about this being the sport’s 150th season and that has made me recall a post I had made here about this sport. I figured I would just link it on Facebook with a couple of words about football season starting again, but as I read the post, I realized a few things were out of date (and that I had written this in all the way back in 2011 - yikes!)

I then decided to revise that post a bit and republish it as a new one. It is not completely original but is more current than the original (at least regarding the status of collegiate sports which have seen quite a bit of change since 2011) and I must say that John Mosby’s comments about  the sport remain fascinating to me. I never imagined I would find a connection between the Civil War and college football, especially with such a well-known figure from the War.

This topic first came to my attention when I read Dr. James Ramage's fine  Gray Ghost: The Life of Col. John Singleton Mosby, a biography of Mosby.

Pages 329 and 330 of the book describe Mosby's criticism of college football after a young man playing for the University of Virginia (which Mosby had attended) was killed in a game. Mosby wrote letters asking the school to stop participating in this sport and Dr. Ramage contends: "To him this was a continuation of his lifetime conflict with bullies and bruisers" where bigger kids or men picked on smaller individuals, and this also symbolized his overall dislike of sports.

The author continued: "He compared football to cock-fighting and charged that the teams were 'largely composed of professional mercenaries who are hired to advertise colleges. Gate money is the valuable consideration. There is no sentiment of Romance or Chivalry about them.' “

That final quote from Mosby remains  appropriate today, especially using modern words and phrases like "television" in place of  "gate" and "student or scholar” instead of  "Romance or Chivalry" and perhaps more so in college basketball where the "one-and-done" rule does give the sport more of a mercenary feel with accelerated roster turnover.

Here is a video that Battlefields.org provides, showing former University of Georgia football coach Vince Dooley discussing Mosby’s view of the sport. His information is similar to the quotes I shared from Dr. Ramage’s book, but in a different format. 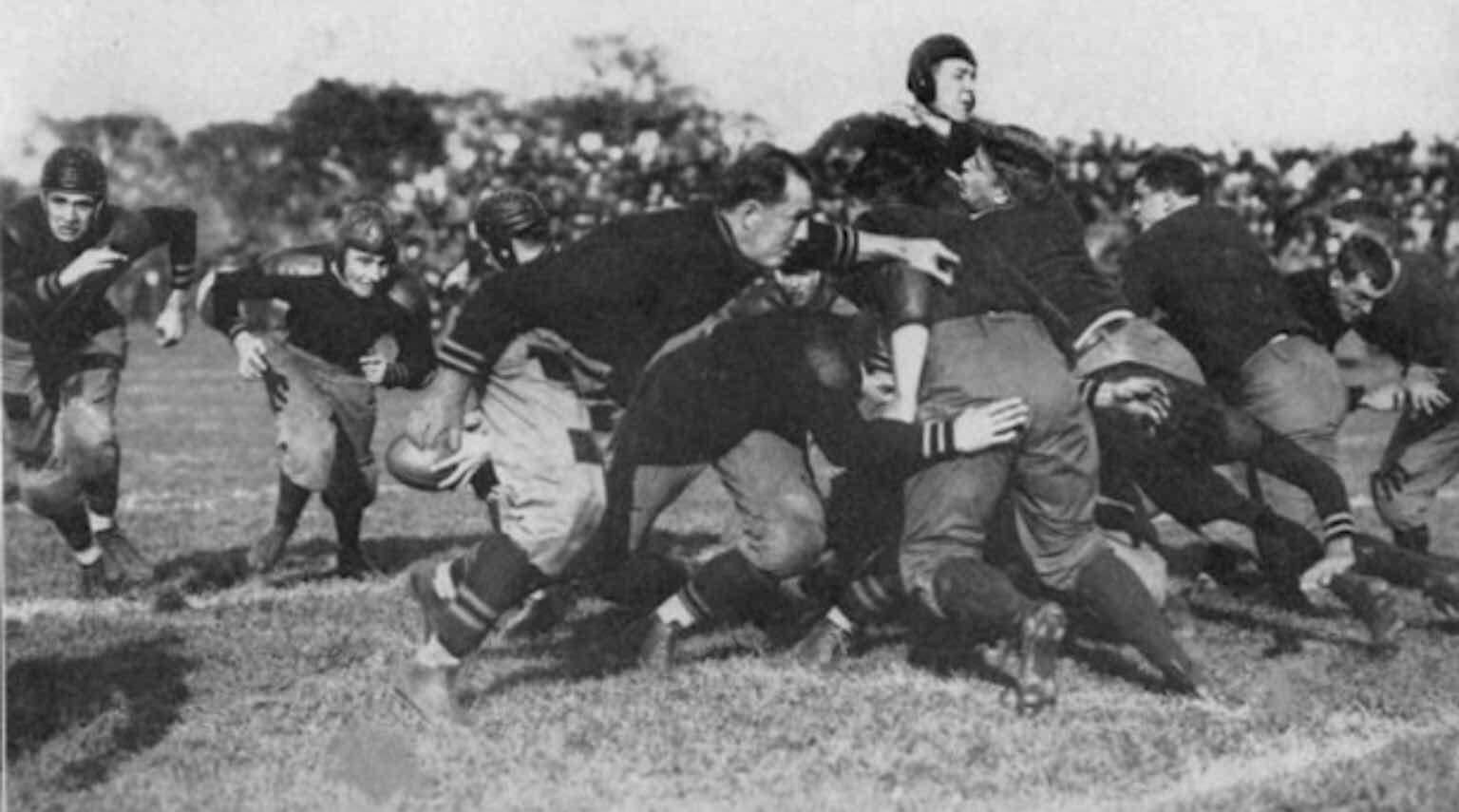 College football 1905 picture from the Atlantic.com

Of course, I am also a sports fan and really enjoy college football and basketball, but I do see some truth in his statements, even (or maybe especially) in today's era.  College sports, again mostly football and men’s basketball, have become  a very large industry, at least for many (or most) schools at the "Division I" or “FBS” level.  When I first wrote this post, I mentioned football’s “Bowl Championship Series,” (BCS)  a combination of bowl game and conference alignments designed to help determine a national champion (and, of course, create big payouts for the schools and conferences involved, though not the players.)  Since then, the sport witnessed teams changing conferences in what appeared to be financially motivated decisions and administrators have replaced the BCS with a 4-team playoff system. Athletes do now receive a “cost of attendance” stipend, but schools and administrators enjoy most of the financial spoils while the athletes still have countless restrictions over what they are allowed to do or how they can earn money. One football player even quit the sport because the National Collegiate Athletic Association (NCAA)  restricted his ability to make money from his YouTube channel.

Commentary about athlete rights aside, football safety - Mosby's concern -  has become a bigger issue in today’s climate, with stricter rules (such as “targeting,” prohibition of leading with the helmet, the banning of certain blocks, and more) being implemented and enforced to reduce head and spinal injuries, particularly concussions. Part of the motivation for this may have been a lawsuit the National Football League faced over the effects of head injuries on former players, some of whom committed suicide. Surely collegiate administrators do have some legitimate concern for the health of the young men playing football, but it is hard not to be a skeptic about their desire to avoid costly lawsuits as well. The NCAA has justifiably earned a poor reputation in terms of its priorities, at least from my view and I do not believe I am alone in that sentiment.

Interestingly, one of Mosby's employers and friends, Theodore Roosevelt, also took an interest in college football safety, offering advice which addressed some of Mosby's concerns about the sport's violence, and which may have contributed to the sport’s survival. Fortunately, current discussions rarely involve on-field deaths, so apparently the discussions started at that time had some positive effects in making the game safer and able to survive the 20th century. Mosby’s worries were a precursor to today’s concerns, as football’s safety still remains an issue even more than a century later.

So that is how you can connect the Civil War to modern college football. (Actually, I have seen another article about some symbols of the Civil War still attached to the sport, such as the University of Wisconsin's stadium being Camp Randall Stadium, on the site of a Civil War training camp. I might use that article to create another post sometime.)