The following article comes from the Cincinnati Enquirer of September 12, 1862, near the end of the episode called the Siege of Cincinnati. I wonder if the talks that the author mentions were with any of the soldiers (of either side) in the area at the time, or if this was based on earlier discussions.

Several of my recent (and probably upcoming) posts have come from articles like this that I found in the Enquirer. Some have been on topics I specifically looked up, while others, such as this one, have been interesting tales I found by chance and decided to share.

This one is no Earth-shattering revelation of any sort, but I found it be a pretty good attempt to describe citizen-soldiers and their mindset, or at least the author’s perception of their mentality.

Citizens Transformed to Soldiers
It is a thing which men will look upon with uneasiness or otherwise, according to their several temperaments, that we are approaching a state of things in which war will be a chronic condition. The moral revolution which men are required to experience before this condition arrives is more perceptible, perhaps, in the Southern than the Northern armies. Men who have, either as prisoners or otherwise, been within the lines of the former, and have had opportunities to converse freely with the troops, remark the transformation that has taken place by the process of converting, for long periods, the citizen into the soldier. The military qualities and ambitions are developed at the expense of the civil. The soldiers think and talk little of their homes in Alabama, Arkansas, or Mississippi. The army is their home; war their profession; its honors and its plunder their reward. Whether they ever return to their families and former places of residence is a matter of which they speak with indifference. Doubtless, though in a less perceptible degree, through a difference in the circumstances, the same process is going on in the Northern armies. The soldier, after a time, becomes a soldier of fortune. In the army all his thoughts are centered, and in the pains and pleasures, the desperate adventures and unrestrained gratifications of a soldier’s life, his entire moral capital is invested.

There is no doubt that in this is the perfection of discipline and efficiency. When the civil and the domestic are abandoned - when the soldier no longer looks back with tender regret to home and farm and fireside - when he has adopted the army as at once family and country, it is then that he becomes dangerous - dangerous to the enemy in war, to his country in peace. Once a soldier of fortune, he needs employment. War is his element, and the excitements of the battle abroad are the only guarantee against his becoming a source of danger at home.

Here is one of the sad paradoxes of war. It is the duty of the soldier to make himself the iron thing which the necessities of the military service requires; and yet, at how sad an expense it is done of the civil, social, and domestic virtues! We cry out for discipline; and well we may. Elaborate leaders are written to show how necessary it is, not to the usefulness of the army merely, but to its safety; but yet, how few there are who take time to reflect how many sorrowful, and in any other aspect, undesirable, ingredients enter in to make up that discipline which is so greatly in demand. 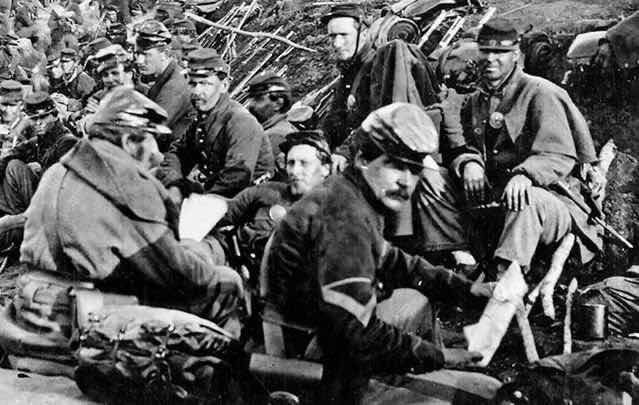