Why a Body-Guard?: Lincoln’s Trip to Gettysburg (And Other Commentary)

I was curious about what the Cincinnati Enquirer printed about the Gettysburg Address, though, having read other of its articles from this period, I had some idea of what to expect.

Unfortunately, I could find no opinions about Lincoln’s few appropriate remarks directly from this journal. It did reprint an article from a Pennsylvania newspaper ridiculing Lincoln’s refusal to give an impromptu talk when a crowd serenaded him, but made no mention of his actual speech on that November day.

The Enquirer did, however, provide a commentary about the President’s use of a group of soldiers as a bodyguard, an editorial easy to question now, with the knowledge of what happened at Ford’s Theater about seventeen months after these comments. It followed this with more editorializing about the administration.

I do find it interesting that the author did at least use terms like “our arms” and “our armies” to advertise his loyalty to the United States while showing that he was obviously not a fan of the nation’s strategies or its “simple-minded President.”

The Enquirer published this piece on November 24, 1863.

Special Correspondence of the Enquirer
FROM WASHINGTON

The President and his Body-Guard Gone on an Excursion - why Have a  a Body-Guard for a Republican President  - How Halleck is Snubbed by the President and a Secretary of War - Halleck Wants to Attack Richmond from the South - How Not to do It! - The Solution Found In Butler

The President, accompanied by two members of the Cabinet, several other dignitaries, and some of the foreign ministers, left  here yesterday in a special train, in order to attend the ceremonies of the dedication of the Soldiers’ Cemetery at Gettysburg. The President was es orated by a body-guard of soldiers. Why a body-guard of soldiers? No other President ever travelled so escorted. True we are at war. But the President was not going to the front. If he had been going to the front, to see how Gen. Meade was progressing in obeying his famous order to “find and fight the rebel army immediately,” then a body-guard of cavalry would have been eminently proper. Nay, no one even thought of objecting, when the successor of Washington and the “heir to the aspirations of John Brown” was seen every day during the summer, riding from the White House to the Soldiers’ Home, and back again, with his carriage escorted by a squadron of cavalry. For at that time, to the national disgrace be it said, if not so attended, Mr.Lincoln was in real danger of being captured and carried bodily off by bands of Confederate soldiers, who always found means to get within our lines; and who, under that singular man Mosby’s, even yet make their daily incursions to within sight of the dome of the Capitol. Besides, that mode of escort was so much more decorous and becoming than the one devised by the simple-minded President himself; namely, having a big infantry recruit, with his blunderbuss in hand, bundled into the carriage with the Chief Magistrate, and another one, similarly armed, seated beside the driver. Such was actually Mr. Lincoln’s body-guard, until it occurred to Halleck, who happened to see it one day, that that was not exactly the manner in which his President should be escorted. Then, and therefore, came the squadron of cavalry.

If the incongruity of a plain Republican President, thus assuming the state and manners of a King, struck for a moment, it was quickly followed by the recollection that the individual thus guarded by flashing sabers and all the panoply had usurped and exercised powers that no King of England would have dared to assume.

But why the body-guard of soldiers to go from Washington to Gettysburg in Pennsylvania? Not in order that the President may appear in due honor there, for there will be thousands of soldiers there to escort him. Not as a retinue en route, for the distinguished party who went in the same train formed a retinue composed of men of such position and distinction as an a Emperor might be proud of. The truth may as well be told. Mr. Lincoln never passed through Baltimore since the night when he went through that city in disguise; and he is afraid of it. Fears for his personal safety, and that alone, led him to take his military escort with him. Of course it would be an insult to your readers to say a word as to the utter groundless of any such fears; but this it is, that “conscience doth make cowards of us all.”

The want of success which so often attends our arms; the fact that even the victories gained by our armies are always barren of results; the fact, in a word, that the war is no nearer a termination now than it was two years ago, is generally attributed to General Halleck. This is natural, because Halleck is nominally the General-in-chief of the army. But the fact is, General Halleck exercises very little authority in the management of the war, and none at all where his views come with those of either Mr. Lincoln or the Secretary of War. On such occasions (and they occur very often) Halleck is practically a cipher. Judged by a European standard, by the side of such Generals as Napoleon, Moreau, Ney, Desaix, McDonald, and Keebler, Halleck does not rank as a third-rate or a fourth-rate soldier. But when it is remembered that, of the trio who our conducting our campaigns, he is the only one who has even any pretensions to military knowledge, and that he is constantly snubbed and put down by the other two, how can we ever expect success?

An illustration of this has just occurred. Because the Pennisula route to Richmond was the choice of a general McClellan; and  ecause that officer believed, in common with all other Generals who have enjoyed a military education, that the route affords the best opportunities for the capture of Richmond, therefore the Administration has decided never again to make a campaign on that route. In this decision Halleck concurred, and still concurs. Because General McClellan is known to believe that, for military reasons, it is impractical to reach Richmond by the overland route (a belief which the successive defeats on that route of Burnside, Pope, Burnside again, Hooker, and Hooker a second time, and the retreat of Meade, have proved to be well-founded,) therefore, the Administration has decided that that route, and that alone, shall be the only one in which our armies shall march to Richmond. In this decision, too, Halleck concurred; but he concurs in it no longer.

Every one who has studied the matter attentively, and with the aid of good maps, must have perceived that the present is the moment for making an attack on Richmond from the direction of Norfolk, Suffolk, and Petersburg; or at least for an expedition from Suffolk or Newberne (sic, i.e. New Bern), which, striking the Wilmington Railroad at Goldsborough or Weldon, shall destroy enough of that road to break up the connection between Richmond and Wilmington. The recent captures of the steamers Robert E. Lee and Cornu is have inflicted a severe blow upon the South. The port of Wilmington is about the only one left through which the Southern States can carry on their foreign commerce. To follow up this blow by an expedition which should destroy, or render useless the railroad between Wilmington and Richmond, would go far towards bringing the war to a termination. The Confederate leaders themselves are impressed with the importance of these facts, and, as I have recently learned, actually anticipate that a demonstration against this railroad, and an attack against Richmond from the South, will form a part of our plans for the winter campaign. General Halleck wishes this to be done; and before the removal of General Foster from the Military Department, he wished him to be reinforced to an amount that would give him the command of 75,000 troops, and intended him to attack Richmond from the south, while General Meade was marching toward it from the north. The President and Secretary of War, however, did not favor the project at all. And just then political considerations intervened, which resulted in the appointment of Butler to supersede General Foster. Of course that puts an effectual quietus on the whole project. Butler is not a fighting General, nor can he plan battles or campaigns for others to fight. His forte is to bully, to threaten, to irritate, and to make war on women and non-combatants. He was just the man to send to Newberne, in order that the war in that locality may be protracted, even at the expense, it may be, of a second Big Bethel.

If the plan of General Halleck had been carried out, it may be too much to say that Richmond would have fallen this winter. But it is not too much to say that it would have been necessary for the Confederates to have exerted all their energies to save it, and to have concentrated there all of their forces in the East. As matters are now, however, they can easily defend their Capitol, for it is not even seriously threatened. 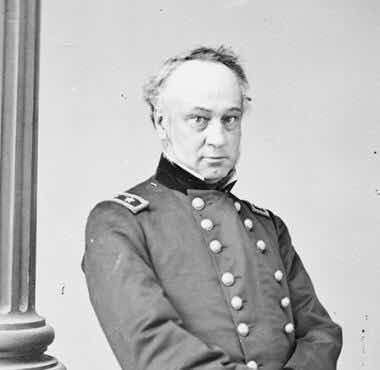