During the Civil War, some women disguised themselves as soldiers (male, of course) in order to fight in the war. This was not an overly common occurrence, but it did happen, probably more frequently than most people realized then or do today. This subject, however, has garnered more attention and study in recent years. For instance, the American Battlefields Trust has published a story on Female Soldiers in the Civil War, and here is a Smithsonian story on the topic. This nice article also discusses this situation, and a quick online search will turn up many similar accounts.

I came across such an instance described in the January 10, 1862 Cincinnati Enquirer, and immediately knew it was a must share as I did not recall seeing a similar account in a local source. That it happened in Kentucky certainly heightened my interest, and then I realized it mentioned a unit that I’ve read about at Perryville, the 15th Kentucky Infantry, further capturing my attention.

Camp Temple, mentioned in the article, was Camp Joseph B. Temple, in New Haven, Nelson County, Kentucky, the same city in which the 15th Kentucky organized and mustered into service. 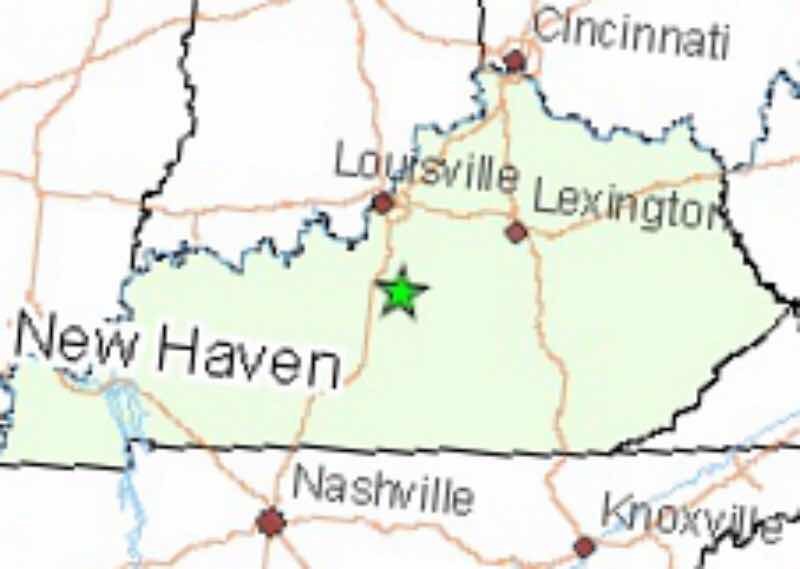 Location of New Haven, from bestplaces.net

This unsigned letter was written from Camp Ham. Pope, also near New Haven, on January 6, 1862.

An incident not common in modern times, though frequent in the Amazonian and the days of chivalry, occurred at Camp Temple, adjoining us, yesterday. Some five weeks ago, a fine, healthy-looking and dashing young man joined Colonel Boone’s regiment (the 28th Kentucky Infantry.) He was duly mustered into service and performed the arduous duties of a soldier since, standing his regular guard and doing picket duty in his turn; but by some unlucky accident it was discovered yesterday that the man had changed his sex and turned out to be a woman. She was compelled, much against her will, to doff  the habiliments of Mars and substitute hat and hoops in their place. She was sent to Louisville under escort, with a view to be sent to Indiana, where it is said she hails from. She is a young widow, with captivating eyes and air and charms of romance. It is said she formerly enlisted and served sometime in a cavalry regiment, where she had a lover, and adopted the method of re-enlisting to reach him before or on the battlefield. I regret that I have not her name to send to you for the benefit of the novel writers, who could make a charming romance out of the affair. So fascinating was the would-be soldier, when forced out of unmentionables, that she quite captivated the heart of a gay Lieutenant, belonging to the Fifteenth Regiment. (This probably refers to the 15th Kentucky Infantry, which was organized at New Haven in the time frame the article describes.) He was formerly a rollicking disciple of Crispin* but now the light and life of the camp. He happened to be at the depot when she was departing, and, hearing the circumstance, immediately yielded himself up, a willing votary of the shrine of the heroine. Had she turned her face in any other direction than that of Louisville, the Fifteenth would now be minus one Lieutenant; but, inasmuch as there was another claimant for his affections there, with half a dozen responsibilities, he concluded that “discretion was the better part of valor.”

The correspondent did briefly mention the female soldier’s physical appearance and “charms of romance,” while portraying her as chasing after a man, but also praised her work as a soldier instead of only commenting on traditional female traits, a fair and respectful description of this person. Of course, the lack of a name or other identification is a frustrating hole in the story, as is the ignorance of what the “unlucky accident” that revealed her secret was, but is still is a small, fascinating piece of the Civil War.

*The meaning of “a disciple of Crispin” is unclear. Crispin and Crispinian are patron saints of “cobblers, currents, tanners, and leather workers” per Wikipedia, and a St. Crispin’s Day Speech appears in Shakespeare’s play Henry V, but but neither of those appears to make sense in the context in which this article uses it. If anybody sees something I’ve overlooked, leave a comment or email me.