An unexpected aspect of my quest to identify as many Campbell County Civil War Soldiers and  Sailors was the discovery of more of my distant relatives who served in the war. The first one of these soldiers who I realized was related to me was William Orlando Tarvin.
Orlando, as he went by, was born on May 11, 1841 in Campbell County, probably Carthage. He was the son of Thomas Floyd and Winifred Gholson Kercheval. William’s great-grandfather was Reverend George Tarvin, my sixth-great-grandfather, making us second cousins, five times removed, a distant relationship, but still a relationship.
The 1860 census listed him as Orlando Tarvin and reported that he lived with his parents and eight siblings. He had no occupation listed at the time.
Orlando joined company F of the 53rd Kentucky Infantry, signing up in December 1864 in Newport, along with many other Campbell County men. He joined as a private and eventually was promoted to sergeant.
The 53rd Kentucky had formed late in the war and missed out on the most famous battles and campaigns but it did help guard the Kentucky Central Railroad which ran south from Covington and through Lexington. It also protected areas in Kentucky against guerilla attacks. Its most noteworthy service was as part of the Saltville Raid into southwestern Virginia in December of 1864 when it helped destroy Confederate salt  works and several of the unit's men were wounded, killed or captured.
One early 1865 story in the Cincinnati Enquirer listed Orlando among a group thought to have been captured by the Confederates during that campaign, but it was a  mistaken report regarding him, though others on the list did become prisoners of war.

After the war ended, Orlando, who was listed as 5 feet 7 inches tall, with blue eyes, sandy hair, and a florid complexion when he enlisted, transitioned back to civilian life. In 1870 he lived with his parents and three sisters while working as a cooper. He then married Sarah Lee Nelson on November 29, 1876 in Carthage, with Reverend James Jolly officiating the ceremony.

Four years later, the 1880 census listed Orlando as a farmer living with his wife and two daughters and, according to a family history report one of his descendants assembled, became a busy citizen in Campbell County. He served multiple terms as postmaster at the Flagg Spring Post Office, from 1890 to 1895 and from January of 1900 until that office closed in 1906.

On July 19, 1897, Governor William Bradley gave Orlando another responsibility, appointing him Justice of the Peace for the Sixth Congressional District of Kentucky.

In 1900, the census listed his name as Orlando W Tarvin, and showed that he lived with his wife, five children and his wife’s aunt, quite a large household. He was still a farmer.

On September 9, 1907, Orlando’s life came to an end. The Kentucky Post reported that Orlando, who was also a Mason, had just attended the Alexandria Fair before his wife discovered him dead in his bed that fateful morning. His funeral was “the largest ever witnessed in that section of the county” and he was buried in Grandview Cemetery in Mentor.
On of his direct descendants forwarded me some of these details and I thank her for the assistance. Before then, I knew he was on the list, but her email made me realize he was probably related to me and from that point on, I uncovered the same about his cousins - more Civil War ancestors for me!
A future post may explore the careers and lives of his brothers and their five second-cousins who served in the Civil War 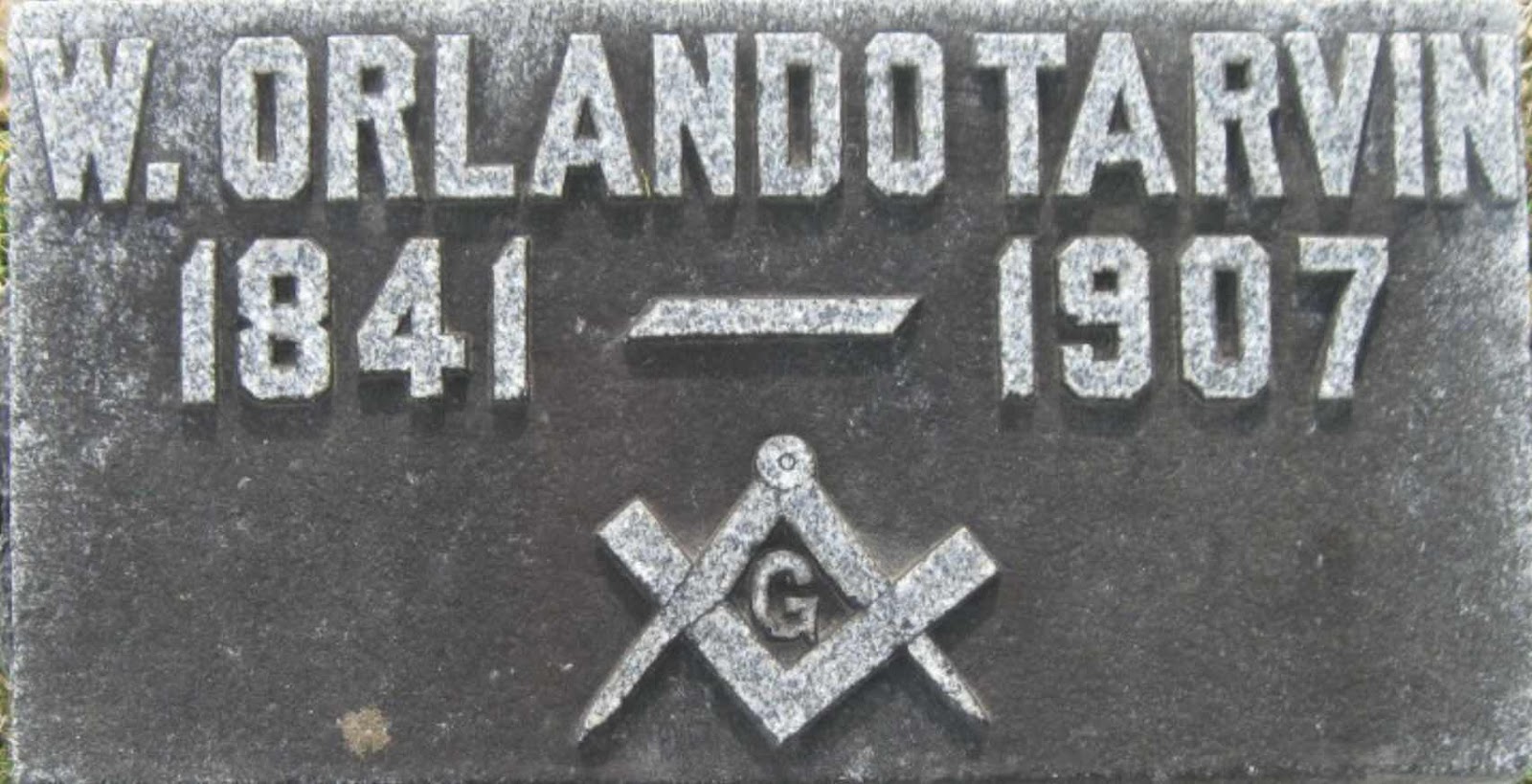