In which I Compare Confederates and Klingons

First of all, you're welcome for the captions under the pictures beginning this entry. :-)

Recently, I have been watching Star Trek: The Next Generation (I'll call it TNG ) on DVD and in one episode (probably more, but it caught my attention in one of them), Worf was in company with some fellow Klingons, and in their conversation they made several mentions of words like "honor" "duty" "courage" and "family."

For some reason that got me thinking that these warriors from outer space sure sounded like a different group with which I was familiar - Confederate soldiers.

I don't know that I'll ever  do any kind of thorough research on this, but found it to be an interesting thought, so I will consider it briefly here.  Some Confederates did fight in the Civil War as a matter of personal honor, or of proving their bravery. Staying home while others fought for the South would have shamed them, and in TNG, Worf frequently refers to his and his family's honor. In fact, that becomes a recurring theme in multiple episodes when the Klingon High Council accuses his father of betraying the empire. An example of this regarding the Confederacy is found on page 39 of the book Reluctant Rebels (Kenneth Noe, copyright 2010, University of North Carolina Press) when the author quotes one soldier letter: "you know me too well to think I could stay at home idle while all my young friends have left their families and friends. George Crawford and John Knowles have left their homes long ago for the same cause and I hope it shall never be said that John Beggs was afraid to go."

Duty is another theme that is mentioned both in studies of Confederate soldiers and by the Klingon characters. It is closely related to honor and "honor and duty" is a commonly heard or read phrase, to describe some kind of moral obligation to serve their government. Robert E. Lee's decision to join Virginia's forces after the state seceded and he resigned from the U.S. Army is one example of duty, while Worf resigned from Star Fleet in order to do his duty by serving on a Klingon vessel during a Klingon civil war.(Wow - there's a similarity I had not noticed until I typed that sentence. Was Worf really another Robert E. Lee, trying to reclaim his family name from actions his father supposedly took, and then resigning one position to take another in a civil war? Is there a comparison between Mogh and Lighthorse Harry Lee? Is there a "Klingon Yell (maybe when they see a fellow warrior die?")

All of these themes are closely related and another word heard frequently with them is "loyalty." How many Confederates like Lee or John Singleton Mosby fought as they did out of loyalty to their home state? Some like George Thomas resisted this call, but for many southerners, the actions of their state determined what they would do. This is another theme that Worf often falls back on, such as in the episode when he first meets K'Ehleyr (at least their first on-screen meeting) and lectures her about Klingon virtues of loyalty, duty and honor.

That episode also ties in with Worf's emphasis on family and how a Klingon is responsible for the actions of past and future generations, especially regarding a familiy's honor. This is certainly more of an issue in TNG than in the Civil War, where family divisions between the Union and Confederacy were not uncommon, but still Confederate soldiers did write about protecting their families and homes, and keeping their wives free from possible attack by freed slaves. Family connections also helped Klingons achieve political positions, while that same idea certainly was influential in the south (and the entire nation) in the 1860s.

"Manhood" and "courage" are two other closely-related virtues that fit the comparison as well. These were especially important to the Klingons, but even Confederate soldiers felt that they needed to prove their courage, and their willingness to fight for their loved ones was part of what it meant to be a man.

Obviously, comparing a fictional television series set centuries in the future to real people and lives from 150 years ago may not be the most serious of history, but I thought it was a fun and even a bit humorous of a comparison. I do wonder if a serious sociologist or social historian could do a longer study on this topic, maybe embracing these virtues in other public media.  Still, as I watch more of the TNG episodes and hear words like "honor" and "duty" spoken by Klingons, it does remind me of how many young men, especially in the South, looked at life as they faced war and battle 150 years ago.

All-in-all, I tend to doubt that that Confederate soldiers obsessed over ideas like "honor and duty" as Worf or other Klingons did on TNG but these virtues were important to both cultures, in the real world of the Confederates and the fantasy worlds on television. Honor and duty were part of the motivations of many Confederate soldiers and as one website says: "Klingons hold honor above all else" (http://reocities.com/Hollywood/8459/klingon.html) a sentiment with which anybody familiar with the show can easily agree.

Whether it was Robert E. Lee working with thousands of fellow soldiers to battle the Yankees of the North, or Lieutenant Worf, working with Jean-Luc Picard to explore space and meet new life forms, virtues like honor, duty, family and loyalty all played a role in decisions they made and how their lives - real and imaginary - turned out. 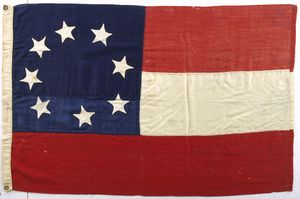 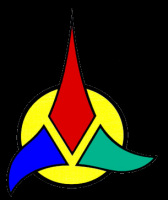